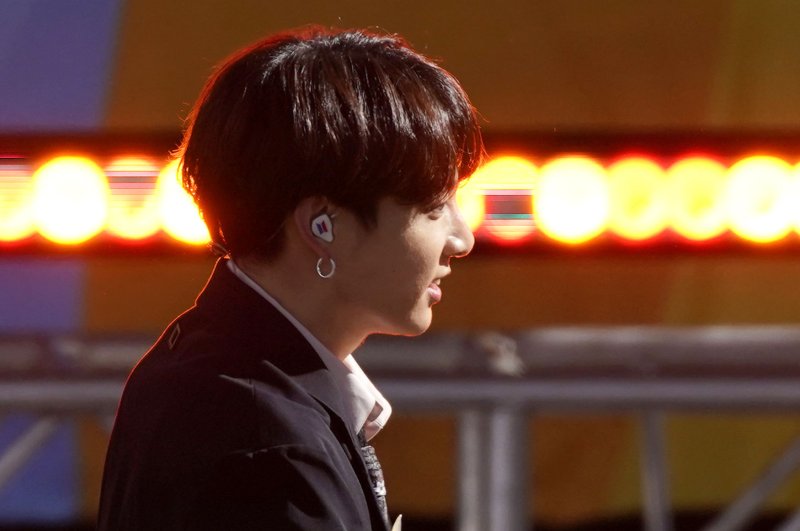 Jungkook, shown here at Rumsey Playfield/SummerStage in Central Park in New York City on May 15, 2019, is among South Korean celebrities who have faced criticism over perceived lapses in coronavirus protections. Photo by John Angelillo/UPI | License Photo

South Korean rhythmic gymnast Son Yeon-jae, shown here at the Gwanju Summer Games in 2015, has drawn criticism for perceived lapses in social distancing during the pandemic. File Photo by YNA/EPA

SEOUL, May 22 (UPI) -- Amid the COVID-19 pandemic, South Koreans who fail to keep up with government social distancing guidelines are feeling the heat from online criticism.

Reports surfaced that Lee and Son partied without masks at the same event in Itaewon, a neighborhood in downtown Seoul where a recent cluster of more than 100 cases formed earlier this month.

Lee's agency issued a press release Wednesday apologizing for causing concern, but the actress ultimately denied the reports, stating that she only briefly visited a friend's birthday party at a Seoul-area cafe outside of the Itaewon neighborhood.

Son's agency also said that Son had stayed at the birthday event just half an hour and took off her mask only when she took a picture and gave a gift.

Lee's leading roles in many movies have earned her widespread recognition in South Korea, while Son is a retired rhythmic gymnast who won a gold medal in the 2014 Asian Games in Incheon, South Korea.

Earlier this month, BTS member Jungkook expressed regret over making an outing to Itaewon on April 25.

Big Hit Entertainment, the management company for the seven-member BTS, acknowledged that Jungkook spent a night out in Itaewon with three other idol group members around his age.

The Seoul-based label issued an apology for the band member's failure to recognize the significance of social distancing. It added that Jungkook voluntarily received a test for COVID-19, and the result was negative.