Marc Maron: 'I was better in Lynn Shelton's gaze'

May 18 (UPI) -- Filmmaker Lynn Shelton died on Saturday. Her boyfriend, Marc Maron, host of The WTF Podcast, shared their first interview on Monday along with an emotional introduction about her passing.

"I don't know that I'd ever felt what I felt with her before," Maron said. "I do know. Actually I did not, I have not."

On his Thursday episode with Eliza Hittman and Dan Savage, Maron had mentioned Shelton was ill. The couple believed she had strep throat.

"She went immediately and got a COVID-19 test and it was negative," Maron said. "She met with her doctor online. We treated it as strep throat."

Shelton and Maron had planned to see her doctor for blood tests Friday when she took a turn for the worse and collapsed in the middle of the night.

"She was on the floor and she couldn't move," Maron said. "She was conscious, but delirious a bit. I called 911 and they came, they got her and that was the last time I saw her alive was on the floor being taken away."

Maron said he called the ambulance at 5 a.m. PDT. Two different hospitals saw Shelton and he praised both of them for trying their hardest. Shelton died at approximately 12:45 a.m. PDT.

"They let me into the hospital after she died to spend some time with her and I did that," Maron said. "I told her I loved her, touched her forehead and I left."

The actor, comedian and podcast host thanked all of Shelton's friends and family for checking in on him, too.

"Everybody's reaching out to me now and it's really helping," Maron said.

He shared the recording of his first interview with Shelton in her memory, as he does whenever someone he has interviewed passes away. When this interview originally aired Aug. 10, 2015, both Maron and Shelton were in relationships with other people.

Maron said the connection they made was apparent in the first interview.

"My connection with her is almost seamless," Maron said. "I have no self-consciousness when I'm with her. I'm totally comfortable even in my infantile ridiculousness. I was better in Lynn Shelton's gaze."

Entertainment News // 18 hours ago
Emmy Awards: How to watch, what to expect
Sept. 17 (UPI) -- The 73rd annual Emmy Awards will air live Sunday from the Microsoft Theater in Los Angeles. 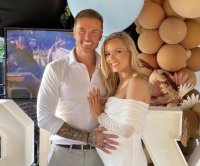 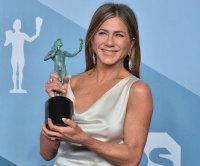 Entertainment News // 20 hours ago
What to stream this weekend: 'The Morning Show' S2, Emmys
Sept. 17 (UPI) -- "The Morning Show" Season 2, the 73rd annual Emmy Awards, "Sex Education" Season 3, "Lady of the Manor," "Uprising" and "Everybody's Talking About Jamie" are some of the entertainment options streaming this weekend.
Advertisement