Nick Cordero (L), pictured with Zach Braff, woke up from a medically-induced coma amid his coronavirus battle, according to his wife, Amanda Kloots. File Photo by John Angelillo/UPI | License Photo

May 13 (UPI) -- Nick Cordero is "weak" but awake after being unconscious in a coma for weeks.

Cordero's wife, Amanda Kloots, announced Tuesday on Instagram Stories that the Broadway actor woke up from a medically-induced coma amid his coronavirus (COVID-19) battle.

Kloots shared the news in a video alongside Elvis, her 11-month-old son with Cordero.

"Guys, we might have to change our hashtag to #CodeRocky because Nick -- Dada -- is awake!" she said.

"Code Rocky" is a new hospital tradition where staff celebrate when a coronavirus patient recovers and is discharged from the hospital. Kloots was previously using the hashtag #WakeUpNick on social media.

Kloots said her husband is conscious but physically weak from his ordeal.

"He is awake, guys," she said. It's just that Nick is so weak right now that opening his eyes, closing his eyes takes it out of him." 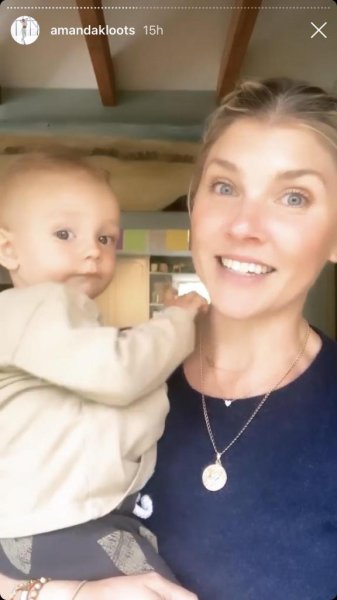 "Nick is awake! He is extremely weak, so weak that he can't close his mouth. But he is following commands which means mental status is coming back! This is a long road, a very long road. We are on our way to #CodeRocky," she wrote.

Cordero was initially diagnosed with pneumonia in March but later tested positive for COVID-19. He was hospitalized and placed in a medically-induced coma March 31 and had his right leg amputated in April after suffering blood clots in his legs.

Kloots said in April that Cordero's lungs have been "severely damaged" by COVID-19 and look as if the actor was a smoker for 50 years. She added, however, that she's "not giving up hope" on her husband's recovery.