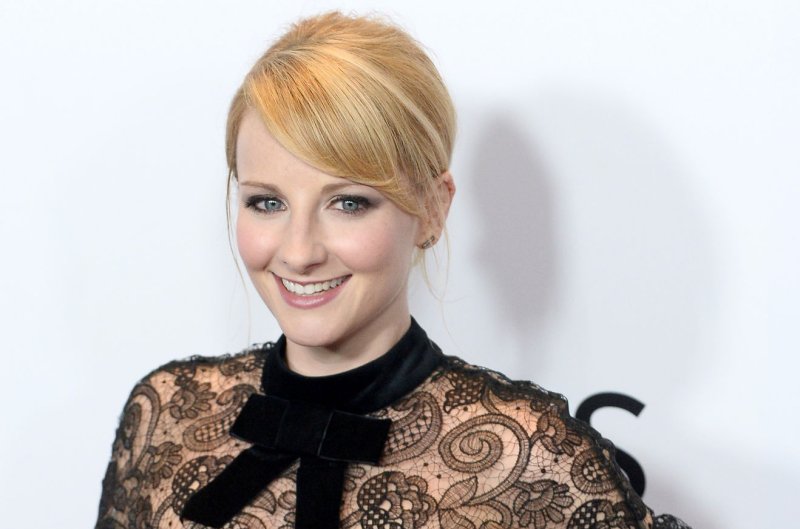 Melissa Rauch gave birth to a baby boy alone at the hospital due to the coronavirus pandemic. File Photo by Jim Ruymen/UPI | License Photo

The 39-year-old actress welcomed her second child, son Brooks, with her husband, Winston Rauch, on Monday.

Melissa Rauch announced the news on Instagram alongside a photo of a blue beanie embroidered with her baby boy's name.

"I am incredibly thankful and overjoyed to announce the birth of our son, Brooks Rauch, who we just welcomed into the world and directly into our hearts," the star captioned the post. "His arrival was made possible, in no small part, by the front line heroes - the nurses and doctors who show up each day to make sure that life keeps marching forward, regardless of the circumstances.

"Words can't describe how grateful I am to have this baby boy join our family, but to say that it is a surreal time to be bringing life into the world is an understatement," she added.

Melissa and Winston married in 2007 and also have a 2-year-old daughter, Sadie.

Melissa Rauch said in an essay for Glamour published Monday that she gave birth alone at the hospital. Her husband stayed home with the couple's daughter after their plans fell through due to the coronavirus pandemic.

The actress said she came to think of her unborn baby as her birthing "partner" in labor.

"I found comfort in the idea that this would be our first adventure together," she said. "So I tried my best to hold on to that as I said goodbyes to my husband and daughter and walked myself into the the hospital.

"I'd be lying if I said there weren't times during the intensity or labor that I craved the comfort of my husband being there with me physically," she said. "But here's the great thing I realized about birth: It is never going to take a backseat to anything. No matter what is going down, when one human is coming out of another human it becomes the main focus -- there's no other choice."

Melissa Rauch assured other "pandemamamas" that they are not alone during the COVID-19 crisis.

"Just as I reminded myself, you can do this, you will do this, and you will do so with the fierceness of all the powerful warrior women before you have brought life -- and hope -- into this world during the most unfathomable of times," she said. "As I look into my son's eyes, I am filled with that hope."

Melissa Rauch played Bernadette Rostenkowski-Wolowitz on The Big Bang Theory, which ended in May 2019 after 12 seasons on CBS.