What to stream this weekend: 'Hollywood,' The Rolling Stones

May 1 (UPI) -- Ryan Murphy's Netflix series Hollywood, a remote version of Nickelodeon's Kids Choice Awards and a new concert series from The Rolling Stones are just some of the streaming options available this weekend for viewers staying at home during the COVID-19 pandemic.

Showtime's Billions and Adult Swim's Rick and Morty return with new episodes and Amazon travels to the future in Upload. Prince Harry will be on hand to introduce a royal-themed episode of Thomas & Friends on Netflix.

Here's a rundown of films, TV shows and concerts that will be released this weekend.

Netflix presents an LGBTQ love story on Friday starring Leah Lewis as high schooler, Ellie, who is hired by her classmate, Paul (Daniel Diemer), to pen love letters for his crush, Aster (Alexxis Lemire). Ellie starts to develop feelings for Aster as she and Paul start to become friends.

Shailene Woodley is in a love triangle with Jamie Dornan and Sebastian Stan in this romantic drama exploring how modern technology can make dating difficult. Endings, Beginnings is available for rental and purchase starting Friday on Amazon and YouTube.

Rafe Spall and Esther Smith portray a London couple who turn to adoption in this new comedy series arriving on Apple TV+ on Friday. The pair undergo a grueling adoption process and attempt to clean up their dysfunctional lives.

Victoria Justice hosts a remote version of the annual awards show on Saturday at 8 p.m. EDT. Kids vote for winners in categories such as film, television and music. The Avengers cast, along with Dwayne Johnson, Ariana Grande, Millie Bobby Brown, BTS and more, are also set to appear.

Prince Harry will introduce a royal-themed episode of Thomas & Friends premiering Friday on Netflix in the U.S. and Saturday on Milkshake! in the U.K. Thomas and The Fat Controller will help transport Queen Elizabeth II and a young Prince Charles.

The second half of Rick and Morty Season 4 begins Sunday at 11:30 p.m. EDT and will run for five episodes. The animated comedy was on a brief hiatus following the first half of Season 4, which started in November.

The Grateful Dead continue their Shakedown Stream series Friday with a presentation of the band's 1978 New Year's Eve concert, The Closing of Winterland. Donna Jean, the only woman to join the band, will be featured during the pre-show, which begins at 8 p.m. EDT.

Netflix: What's coming and going in May 2020 Dua Lipa to co-host iHeartRadio Prom stream May 8 What to watch next: Sign up for UPI's Streaming newsletter 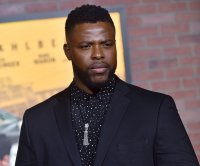