April 9 (UPI) -- Pink is sharing her "weird" and "terrifying" experience with the COVID-19 virus.

The 40-year-old singer recounted on Thursday's at-home episode of The Ellen DeGeneres Show how she and Jameson, her 3-year-old son with husband Carey Hart, fell ill with coronavirus.

Pink said her family had been self-isolating since March 11 when Jameson got a fever March 14.

"[It] started with a fever for him and it would come and go and he would have stomach pains and diarrhea and chest pains and then a headache, sore throat," she said. "It sort of was just all over the place. Every day was just some new symptom. His fever stayed, it didn't go."

Pink said her son's fever reached 103 at one point, but she was advised by her doctor to just stay home.

"It was terrifying at one point," she said.

Pink said her own symptoms started a couple days later.

"In hindsight it all makes sense, but when it's happening, it's such a weird experience, you don't put it together until after the fact or until days go by," the star said.

"March 16, I didn't feel good. I was really tired. I kind of had the chills a little bit," she shared. "I felt nauseous, but I never had a fever. I never had what they tell you to look for."

Pink said she's had "bad asthma" all her life and needed to use a nebulizer for the first time in 30 years. She was able to get one test for COVID-19 and tested herself, with her test coming back positive a week later.

The singer said her son's illness was the "scariest" experience of her life, but that she and Jameson are "doing alright" this week. Hart and their 8-year-old daughter, Willow, haven't had symptoms.

Pink announced on Instagram last week that she had tested positive for COVID-19 but was now negative and recovering. She donated $1 million to coronavirus relief funds in Philadelphia and Los Angeles.

"THANK YOU to all of our healthcare professionals and everyone in the world who are working so hard to protect our loved ones. You are our heroes!" the singer wrote.

On Ellen, Pink addressed the backlash she's received for being able to obtain a test amid concerns of elitism and privileged access to tests amid shortages nationwide.

"I would say two things to that -- I would say you should be angry that I can get a test and you can't. But being angry at me is not going to help anything," Pink said.

"And number two, tell me anybody with a sick 3-year-old that if they could get their hands on a test wouldn't take it," she added. 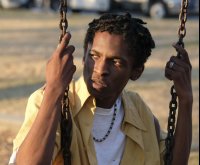 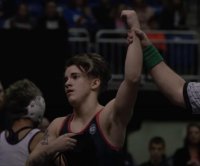 Music // 15 hours ago
Mamamoo soak up the sun in 'WAW' concept photo
May 17 (UPI) -- K-pop stars Mamamoo released a teaser photo for their forthcoming EP, "WAW," or "Where Are We."