Andrew Jack, who played Caluan Ematt in "Star Wars: The Last Jedi" and was a dialect coach for "Lord of the Rings," died Tuesday after contracting coronavirus. Photo courtesy of Pixnio

Jack's agent, Jill McCullough, said in a statement that Jack died Tuesday at a hospital in Surrey, England, after contracting the COVID-19 virus.

"Andrew was full of life -- he was tall and striking with flowing white hair, you wouldn't miss him if he walked into a room," McCullough said. "He loved his work and was funny, charming and a joy to be around."

McCullough said Jack's wife, Gabrielle Rogers, also a dialect coach, was unable to be with the actor at the time of his death, as she was in quarantine in Australia after flying in from New Zealand.

"We lost a man today. Andrew Jack was diagnosed with Coronavirus 2 days ago. He was in no pain, and he slipped away peacefully knowing that his family were all 'with' him," she wrote.

Jack played Caluan Ematt in The Force Awakens and The Last Jedi, and served as a dialogue coach on The Lord of the Rings movies, Guardians of the Galaxy and the Avengers films. Prior to his death, he was working on The Batman, starring Robert Pattinson.

Greg Grunberg, who plays "Snap" Wexley in Star Wars: The Force Awakens, paid tribute to Jack in a tweet Tuesday.

"Devastated to hear of the passing of the wonderful, talented, beloved gentleman #AndrewJack. He is one of the kindest people I've ever worked with. Please stay safe. Please stay home!!! #RIPAndrewJack," the actor wrote.

Devastated to hear of the passing of the wonderful, talented, beloved gentleman #AndrewJack. He is one of the kindest people I've ever worked with. Please stay safe. Please stay home!!! #RIPAndrewJack pic.twitter.com/VqmmGkxaOF— GreG GrunberG (@greggrunberg) March 31, 2020

Sean Astin, who portrays Samwise Gamgee in the Lord of the Rings movies, also honored Jack on Twitter, describing him as "powerful & gentle in equal measure," "funny" and "brilliant." 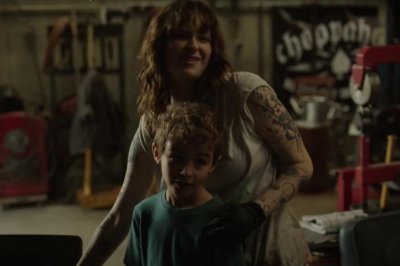