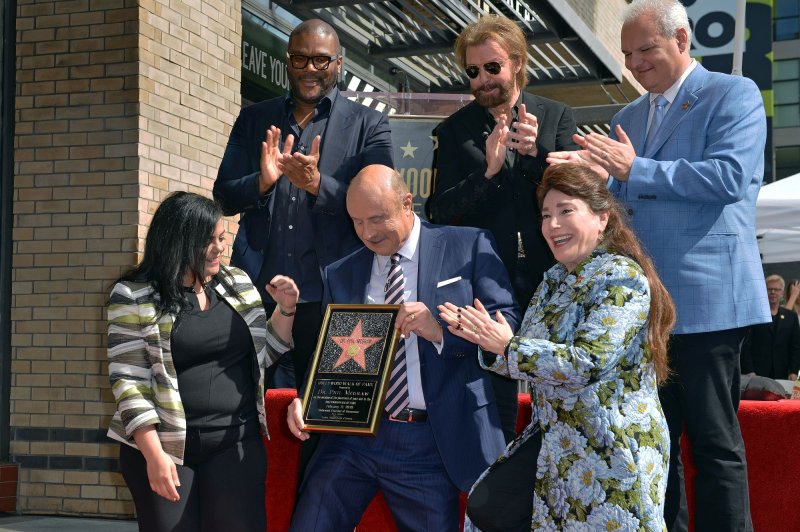 Feb. 22 (UPI) -- Television personality, psychologist, producer and author Dr. Phil McGraw was honored with a star on the Hollywood Walk of Fame.

He has hosted the syndicated Dr. Phil program since 2002 and plans to continue doing so through at least 2023.

Filmmaker Tyler Perry, singer-songwriter Ronnie Dunn and McGraw's family helped him celebrate the Walk of Fame star dedication in which he declared he was "happier than a rabbit in a carrot patch."

He went on to say he frequently reminds his adult sons, who are also in the entertainment industry: "We are so blessed to live such wonderful lives. It's lots of hard work, it truly is, but, really, it is pretty damn glamorous and exciting, I have to say. I always say to them: 'Stop, take a breath, look around, soak it up. Don't miss the journey.'"

He told Variety he hopes Dr. Phil offers "common-sense, usable information that's delivered to people in their homes every day for free."

"We want to move mental health, mental illness, to the forefront of the narrative in America and make it OK to talk about. We want to take the stigma away from mental illness."