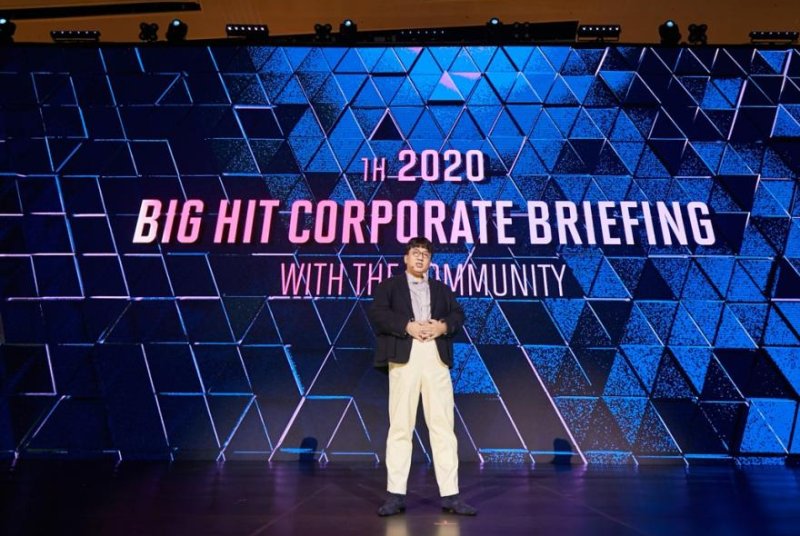 The briefing had been scheduled to include fans and media but was held in private instead due to fears over the coronavirus outbreak. A video of the corporate presentation was released Wednesday.

"In 2019, Big Hit grew rapidly and drove numerous changes," Bang said, as it worked to build "the foundations of a multi-label, multi-business company."

Big Hit also expanded its BTS concert experiences with live streaming, cinema viewing and other packaged content. The new platforms allowed over 5.5 million fans to take part in BTS's Love Yourself and Speak Yourself world tours, beyond the 2.06 million who attended in person, the company announced.

Bang also described the enormous economic boost that BTS's concerts had on Seoul in 2019.

The band's three-day concert in Seoul brought in 187,000 additional foreign visitors and had an economic impact of nearly 1 trillion won ($844 billion), he said, citing academic experts.

"Our vision was to turn a city hosting a BTS performance into a festival like the Olympics," Bang said. "And we are witnessing this vision turn into a reality."

Big Hit Vice President Shin Young-jae announced plans for the first world tour for the label's TXT (Tomorrow X Together). The boy band, which debuted in 2019, will hold its first live show with fans in March before embarking on the tour and will release a new album in the first half of the year.

Shin also said that Big Hit is working on a new boy band and aiming for them to debut 2022.

Source Music President So Sung-jin said that performers recruited from the Plus Global Audition, held last year, would make their debut as a girl group in 2021. The label, which was acquired by Big Hit Entertainment last year, features K-pop stars GFriend, who released their new album Labyrinth on Monday.

And a new multinational boy band under the Belift joint venture will make its debut within the year, said Yoon Hyuk-choi, vice president of the label.

"Belift's goal is to become a label that takes K-pop into the mainstream," he said, with the new project seeking to create "idols for the global market."

Other announcements on Tuesday included boy band Seventeen, which is managed by label Pleidis Entertainment, becoming the first outside act to join WeVerse, a fan and artist community app launched by Big Hit.

Big Hit's biggest stars, BTS, will release their new full-length album Map of the Soul: 7 on Feb. 21 and will kick off a world tour in April.

The BTS experience will also expand into new realms, Bang said, including a coming-of-age drama series based on the "Bangtan Universe" and Korean-language learning content called Learn Korean with BTS.

Movies // 11 hours ago
Sundance movie review: 'The Princess': Diana doc's video essay approach is 'refreshing'
Jan. 20 (UPI) -- The documentary "The Princess," which premiered at Sundance, chronicles Princess Diana from her engagement to Prince Charles through her death in 1997, using only pre-existing footage. 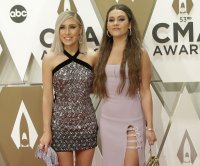 Entertainment News // 12 hours ago
Adele postpones Las Vegas residency, citing COVID-19 complications
Jan. 20 (UPI) -- Adele on Thursday announced that all 24 dates of her upcoming residency at the Colosseum at Caesars Palace would be postponed, citing complications related to the COVID-19 pandemic.
Advertisement