Feb. 4 (UPI) -- Celebrity couple Kanye West and Kim Kardashian say their kids were the inspiration behind the design of their house.

The 42-year-old rapper and fashion designer and 39-year-old television personality discussed their minimalist mansion in a video for Architectural Digest magazine.

West and Kardashian married in May 2014 and have four children, North, 6, Saint, 4, Chicago, 2, and Pslam, 8 months. North crashed the couple's interview as Kardashian asked West about his inspiration for the house.

"Well, yeah, the kids," West answered. "Say in the backyard, there were all these stairs. We wanted the kids, or we needed the kids to be able to ride their scooters or skateboards around and not have to stop at the stairs. So as many places as I could take stairs out, I did."

"Kids are the inspiration for all of our designs now, moving forward," he said. "This is like an interim."

Kardashian quizzed North on her favorite things to do in the house, which included dance competitions, cartwheels, and playing the piano and violin.

"And I like to find animals and huge crystals," North added. "There's some bigger than dad."

In the cover story, West described his family's house as a "futuristic Belgian monastery." West and Kardashian worked with Belgian designer Axel Vervoordt to design the home, which they first saw in 2013.

"The kids ride their scooters down the hallways and jump around on top of the low Axel tables, which they use as a kind of stage," West said. "This house may be a case study, but our vision for it was built around our family."

Kardashian gave other insight into her family's life Monday on Twitter, sharing how she mainly eats "plant based" meals and no longer eats meat. She also said North is a pescatarian. 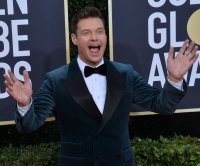 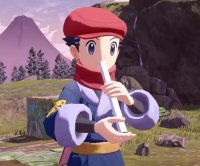