The stars were photographed smiling with their arms around each other.

Earlier in the day, Tatum posted a photo -- dated Jan. 22 -- of Jessie J kissing his cheek.

Gonna watch this unicorn sang tonight. Then we gonna get it in! Horns out!

Both are wearing inflatable novelty unicorn hats with ears and horn.

"Gonna watch this unicorn sang tonight. Then we gonna get it in! Horns out!" Tatum captioned the image.

He posted another photo of Jessie J dressed in the silver gown she wore to the MusiCares gala, where she performed.

Tatum wrote alongside the picture, "Sculpture of magic. "

People.com said the couple split up in December, but reunited after a month apart.

They reportedly began dating more than a year ago.

Tatum addressed an Instagram poster who remarked on one of Friday's photos that the actor's former wife Jenna Dewan was prettier than Jessie J.

"Ain't nobody more stunning and beautiful to look at but even more as a human than Jess," Tatum wrote in the comments section, which has since been disabled. "And yeah that includes my ex. Sorry about your opinion. But what I said is facts. Just facts. Ok bye be careful with your actions it's what you create for yourself." 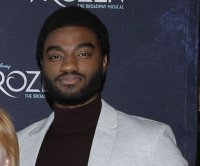 Entertainment News // 15 hours ago
J. Lo goes Instagram official with Ben Affleck on her 52nd birthday
July 25 (UPI) -- Jennifer Lopez shared on Instagram photos and video of her enjoying her 52nd birthday aboard a yacht somewhere on the ocean. 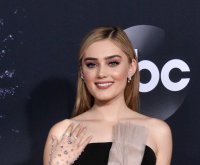 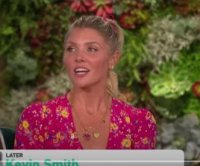