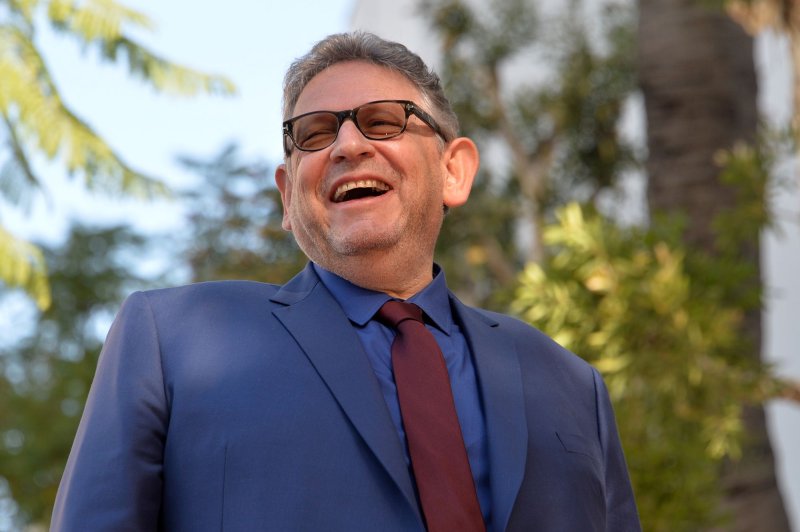 Lucian Grainge chairman and chief executive officer of Universal Music Group, reacts to comments by singer Lionel Richie during an unveiling ceremony honoring him with the 2,685th star on the Hollywood Walk of Fame on Thursday. Photo by Jim Ruymen/UPI | License Photo

Some of the biggest names in pop music spoke on his behalf at the ceremony Thursday, including Lionel Richie, Justin Bieber, Shawn Mendes, Sam Smith, Tori Kelly, Hailee Steinfeld and Beck.

Mendes said he met Grainge when he was 15 years old, just entering the industry.

He thanked Grainge for "being there [for me] as a person and as a kid. I never felt fear, only love and guidance."

"This is an extraordinary country," Grainge, who is British, said.

"Like me, they all came from somewhere else," he said of other Walk of Fame honorees.