Born Jarad Anthony Higgins, the American rapper died Dec. 8 at the Christ Medical Center as a result of an overdose of oxycodone and codeine, the Cook County Medical Examiner's Office said.

"The manner of death is accident," the office said in a statement.

The Medical Examiner's Office has determined the cause and manner of death of 21-year-old Jarad A. Higgins. Higgins died as a result of oxycodone and codeine toxicity. The manner of death is accident.@JuiceWorlddd #Juicewrld— Cook County ME (@CookCountyME) January 22, 2020

Higgins suffered the seizure at the airport as police searched his private jet for narcotics and guns, authorities said.

A Homeland Security officer injected the seizing rapper with Narcan, which is administered to revive those suffering from an overdose, before being transported to the Christ Medical Center where he later died, according to police.

Seventy pounds of marijuana in 41 bags, six bottles of liquid codeine cough syrup and three firearms were confiscated following the search, which police said was conducted due to a tip they received.

"The narcotics investigation is still open as we await forensic processing of the luggage to ascertain who the potential owners may be," Chicago Police Department spokesman Anthony Guglielmi said in an email to The New York Times.

Two of Higgins' bodyguards were charged following the search for unlawful gun possession.

Higgins, a Chicago-born musician, gained an audience on the popular music streaming application SoundCloud before hitting the Billboard 200 chart with albums Goodbye & Good Riddance, Death Race for Love and WRLD on Drugs.

Joaquin Phoenix calls Heath Ledger his favorite actor in SAG acceptance speech Just 2% of patients who need anti-opioid drug naloxone get it Number of U.S. drug deaths may be twice as high as thought

TV // 1 hour ago
'The Resident' says goodbye to original cast member
April 21 (UPI) -- Shaunette Renée Wilson, who played Mina Okafor on "The Resident," thanked fans ahead of her final episode on the show.

Entertainment News // 2 hours ago
Eminem makes NFT announcement after 'SNL' sketch
April 21 (UPI) -- Eminem is set to sell his first non-fungible token or NFT, after "Saturday Night Live" performed a sketch on NFTs that parodied that rapper's song "Without Me."

TV // 2 hours ago
Cher recalls first hearing 'I Got You Babe' on 'Late Show'
April 21 (UPI) -- Cher discussed first hearing "I Got You Babe" with the late Sonny Bono and how she isn't a big fan of her own music while appearing on "The Late Show with Stephen Colbert." 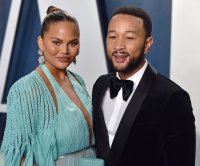