Jan. 17 (UPI) -- Martha Stewart says Chip Gaines "made up" his story about their encounter at the TIME 100 gala.

The 78-year-old cooking and lifestyle guru responded on Thursday's episode of Watch What Happens Live after Gaines said Stewart didn't know who he and his wife, Joanna Gaines, were at the gala in April.

"Chip made a big story about it. I knew exactly who they are," Stewart said of the former Fixer Upper stars.

"I admire them; I admire what they've done," she added. "I was kind of taken aback that he made up that story. They're published by the same publisher as my magazine. So, come on."

Gaines told Page Six at the TIME 100 gala that Stewart did not have "a single clue" who he and Joanna Gaines were while meeting them at the event.

"Martha was very gracious and supportive. It was a really wonderful moment for us to meet her," he added. "And my gosh, doesn't she look great!"

Gaines and Joanna Gaines came to fame on Fixer Upper, which ended in 2018 after five seasons on HGTV. The couple will launch their own network, Magnolia, in October.

On WWHL, Stewart also weighed in on the "This Smells Like My Vagina" candle from Gwyneth Paltrow's company, Goop. The candle is sold out and has a waiting list.

"I'm sure it's sold out," Stewart said. "I mean, she does that kind of irritatingly... she's trying to zhoosh up the public to listen to her. And that's great! Let her do her thing. I wouldn't buy that candle."

Entertainment News // 4 hours ago
'Thanks a Million': Jennifer Lopez gives back in first trailer
March 31 (UPI) -- Jennifer Lopez and a group of celebrities pay it forward by giving away $100,000 in the new trailer for upcoming Quibi series, "Thanks A Million."

Entertainment News // 5 hours ago
Fox Sports to offer pay-per-view presentation of WWE WrestleMania 36
March 31 (UPI) -- WWE and Fox Sports have teamed up to air WrestleMania 36 through the Fox Sports App and FoxSports.com for $59.99.

Movies // 6 hours ago
Sony delays new 'Ghostbusters,' 'Morbius' to 2021
March 31 (UPI) -- Sony Pictures has announced that its upcoming slate of films including "Ghostbusters: Afterlife" and "Morbius" have been pushed back until 2021 amid the COVID-19 pandemic. 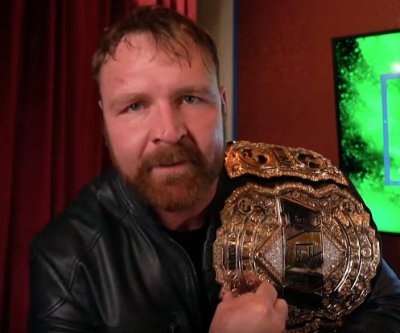