The Joker joins the fight in new 'Mortal Kombat 11' trailer

Jan. 16 (UPI) -- The Joker of DC Comics fame enters into the world of Mortal Kombat 11 in a new gameplay trailer for the fighting game sequel.

The Joker arrives for Mortal Kombat 11 on Jan. 28 for Kombat Pack owners and than as a standalone character on Feb. 4.

The Clown Prince of Crime is featured in the clip, released on Thursday, using a knife to draw blood from his thumb that he then uses to create a smile on his face.

The supervillain uses an arsenal of weapons to punish his opponents including a cane, punching gloves that extend, a jack-in-the-box and a Batman puppet that has a gun inside its mouth, among others.

The Joker's finishing move involves handing out a birthday cake that explodes and a sign that says friendship that when shot down reads fatality.

"MK11 + DC Comics = The Joker at his most violent. You're welcome," reads the synopsis.

The Joker is the latest character added to Mortal Kombat 11 following Shang Tsung, Nightwolf, Sindel and The Terminator. Spawn will be added to the game on March 17. 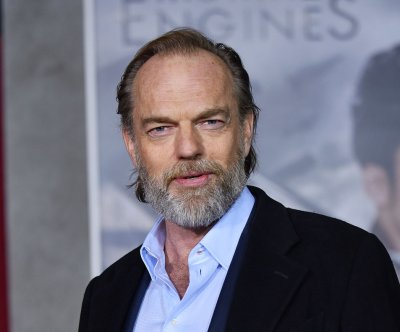 Entertainment News // 14 hours ago
What to stream this weekend: 'Onward,' 'Tales from the Loop,' new music
April 3 (UPI) -- Here's a list of films, shows, music and video games that will be released for streaming this weekend.

TV // 15 hours ago
What to watch next: Sign up for UPI's Streaming newsletter
News to binge on: Subscribe to UPI's daily newsletter on what's streaming and stay up to date on new shows, trailers, lists, interviews with stars and more.

Movies // 15 hours ago
'Selah and the Spades': Amazon shares trailer for teen drama film
April 3 (UPI) -- Lovie Simone and Celeste O'Connor star in "Selah and the Spades," an Amazon movie about a powerful clique at a boarding school.

Music // 16 hours ago
Old Dominion shares 'Some People Do' music video
April 3 (UPI) -- Country music group Old Dominion released a video for "Some People Do," a single from its most recent, self-titled album.

Music // 17 hours ago
MTV launches 'Unplugged at Home' live stream series
April 3 (UPI) -- Alessia Cara performed "Rooting for You," "October" and "A Little More" during the first episode of "MTV Unplugged at Home."