The former co-stars enjoyed a night out together, as seen in photos Aniston, 50, and Kudrow, 56, shared Sunday on Instagram.

"Hi from the girls across the hall," Aniston captioned the post.

Kudrow shared more photos on her own account. One shows Cox kissing Kudrow on the head, while another shows Aniston kissing Kudrow's forehead.

"I love you two!!" she wrote, adding a raised hands emoji.

Aniston, Kudrow and Cox played Rachel Green, Phoebe Buffay and Monica Geller on Friends. The series co-starred Matt LeBlanc, Matthew Perry and David Schwimmer, and had a 10-season run on NBC from 1994 to 2004.

The full Friends cast reunited in a photo in October that Aniston shared as her first Instagram post. The picture had received over 15.5 million likes as of Monday morning.

The Hollywood Reporter said in November that a Friends reunion special is in the works at HBO Max. Talks are reportedly underway for an unscripted special featuring the full cast and series creators David Crane and Marta Kauffman.

In addition to Kudrow and Cox, Aniston reunited last week with her ex-husband Brad Pitt. The pair both attended a Golden Globes after-party, where E! News said they had a brief but friendly encounter.

Entertainment News // 2 hours ago
What to stream this weekend: 'Trolls World Tour,' 'Tiger King' special
April 10 (UPI) -- Here's a list of films, TV shows, concerts and video games that will be released this weekend.

TV // 2 hours ago
'Dead to Me' Season 2 to premiere May 8 on Netflix
April 10 (UPI) -- "Dead to Me," a black comedy series starring Christina Applegate and Linda Cardellini, will return on Netflix in May.

Music // 3 hours ago
Chynna died of drug overdose, say officials
April 10 (UPI) -- Rapper and model Chynna's cause of death was confirmed to be an accidental drug overdose.

TV // 3 hours ago
'Bachelorette' Season 16 premiere postponed
April 10 (UPI) -- "The Bachelorette" Season 16, starring Clare Crawley, will be delayed due to the coronavirus pandemic.

Entertainment News // 4 hours ago
iHeartRadio extends morning show airtimes amid COVID-19 pandemic
April 10 (UPI) -- "Elvis Duran and the Morning Show," "The Breakfast Club," "On Air with Ryan Seacrest" "The Bobby Bones Show" and more will air for an extra hour each day. 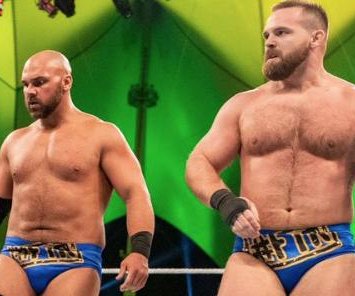