Composer and lyricist Jerry Herman, a 2010 Kennedy Center Honoree, has died at the age of 88. File Photo by Mike Theiler/UPI | License Photo

Dec. 27 (UPI) -- Jerry Herman, a Broadway composer and songwriter who penned the score to hit musical Hello, Dolly!, has died at the age of 88.

Herman's publicist Harlan Boll said the songwriter was taken to a Miami hospital Thursday after complaining of chest pain. He then later died of pulmonary complications.

The composer first found stage success in 1961 with Milk and Honey. Herman then worked on Hello, Dolly!, his most famous musical which opened in 1964 and starred Carol Channing.

Hello, Dolly! earned multiple Tony awards including Best Musical. Herman's title song for Hello, Dolly! is one of the most recognized Broadway numbers of all time.

Other musicals and Broadway projects Herman worked on include Parade, Dear World, Mack and Mabel, The Grand Tour, A Day in Hollywood/A Night in the Ukraine, Jerry's Girls and An Evening with Jerry Herman.

Herman has won multiple Tonys including a lifetime achievement award in 2009, two Grammys including Song of the Year for "Hello, Dolly!" in 1964 and he was a Kennedy Center Honoree in 2010. 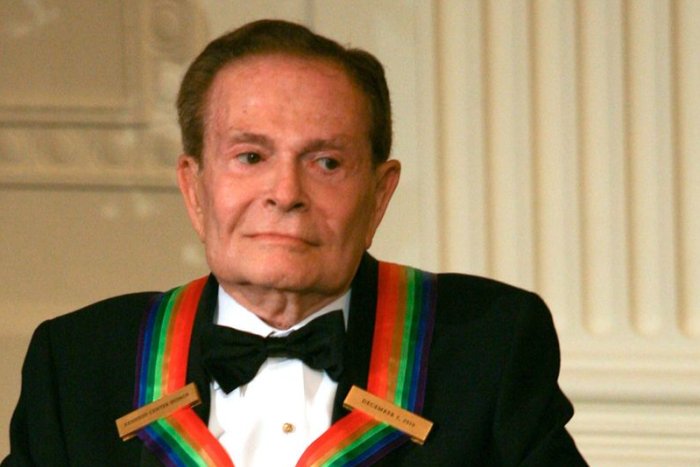 Jerry Herman listens to remarks by U.S. President Barack Obama as the president and First Lady Michelle Obama host the 2010 Kennedy Center Honorees at a reception in the East Room of the White House on December 5, 2010. The Tony-award winning composer died on December 26, 2019, at the age of 88. File Pool Photo by Gary Fabiano/UPI | License Photo

TV // 7 hours ago
Nathan Fielder will return for 'The Rehearsal' Season 2
Aug. 19 (UPI) -- HBO announced the Season 2 renewal of "The Rehearsal" the day of its season finale.

TV // 8 hours ago
Martha Plimpton, Garret Dillahunt: 'Sprung' is a hopeful COVID comedy
NEW YORK, Aug. 19 (UPI) -- Former Raising Hope co-stars Martha Plimpton and Garret Dillahunt say they were excited to work together again on Sprung, the rare comedy that shows how regular folk - as opposed to the rich and famous - weathered the coronavirus pandemic.