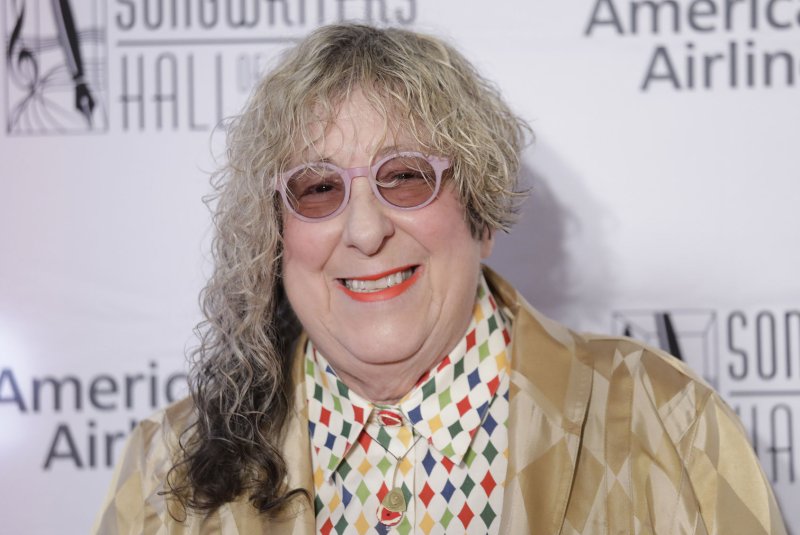 Dec. 25 (UPI) -- Songwriter Allee Willis, whose extensive portfolio includes the theme song for the television show Friends and disco-era hits by Earth, WInd & Fire, has died, her partner said Wednesday. She was 72.

Willis, a Detroit native and member of the Songwriters Hall of Fame, died Tuesday, according to an Instragram post by her partner Prudence Fenton.

In a career spanning three decades, Willis was probably best known for co-writing the song I'll Be There For You, which was a 1995 hit for the alternative rock group The Rembrandts and later used as the theme music for the NBC comedy Friends.

The song was nominated for an Emmy.

Also among Willis' most notable compositions were a pair of hits written along with members of Earth Wind & Fire just as her career was beginning, including September in 1978 and Boogie Wonderland the next year.

"At the time, I was this starving songwriter, living on food stamps and Medi-Cal, healthcare we had in California at the time," she told the Library of Congress earlier this year about being approached by bandleader Maurice White. "Earth, Wind & Fire was my favorite group so I thought, 'NO! This is never going to happen. It's too big.'"

Willis went on to write hundreds of other songs, working with such artists as the Pointer Sisters, the Pet Shop Boys and Cyndi Lauper.