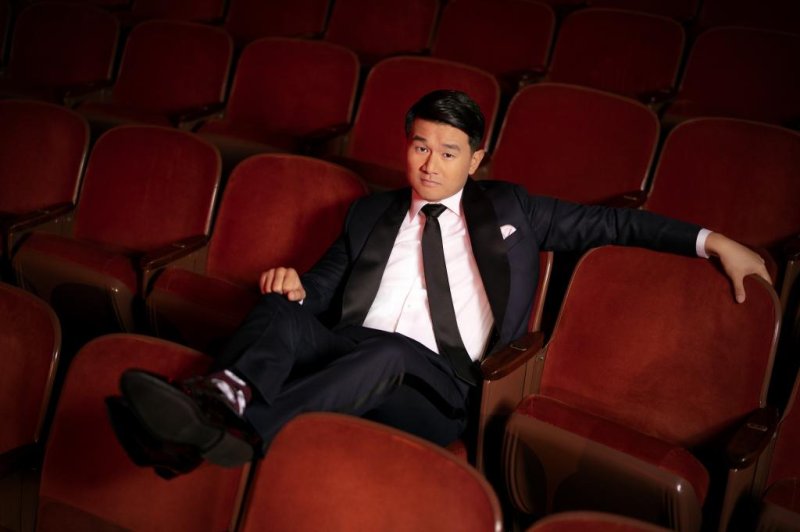 Comedian Ronny Chieng said he aims for his comedy to "portray Asian people with sophistication and dignity." Photo courtesy of Netflix/Marcus Russell Price

Comedian Ronny Chieng said he doesn't feel the need to adapt his material when performing in different countries, partially because he doesn't "believe in pandering to audiences." Photo courtesy of Netflix/Marcus Russell Price

The 34-year-old comic, best known as a correspondent for Comedy Central's The Daily Show and for his role as Edison "Eddie" Cheng in 2018 blockbuster Crazy Rich Asians, said the title of his Netflix special, which starts streaming Tuesday, was born of necessity.

"Netflix basically told me I'm not famous enough to choose an artistic title," Chieng told UPI in a recent interview. "So, I said, 'If I'm gonna go clickbait, I'm gonna go all the way.'"

The name Asian Comedian Destroys America is an intentional reference to YouTube "evisceration culture -- this idea that anyone can destroy anything by speaking into a webcam and releasing it on the Internet," Chieng said.

The special shows Chieng, who was born in Malaysia and raised in the United States and Singapore, celebrating some of his favorite aspects of life in America, along with jokes about how residents who lack his outsider's perspective don't appreciate many of the freedoms and privileges in this country.

Chieng said his criticisms of America are akin to the opposite of a backhanded insult: a "front-handed compliment."

"The special itself is actually about my joy in moving here," he said.

Chieng, who recently performed a series of stand-up shows in Singapore, said he doesn't feel the need to adjust or adapt his material when he performs in different countries.

"I'm pretty lucky. I've gotten to the point where people come to watch me, and they kind of know me, know what to expect, so I don't really have to pander -- I don't believe in pandering to audiences," Chieng said.

He noted there is "inherently" some pressure from being one of only a small handful of prominent Asian and Asian-American stand-up comedians.

"Whatever you say or do kind of reflects a large group of people, whether fairly or unfairly so," he said. "But at the same time, my approach to it is, I can't really dwell on that stuff. ... I think my comedy should portray Asian people with sophistication and dignity. That's what I want to do. It's not necessarily because I feel any pressure to do that for other people."

Chieng joined The Daily Show with Trevor Noah in 2015, and his popularity took off in 2016 when he delivered a segment in rebuttal to Fox News commentator Jesse Watters' criticism of New York's Chinatown. Chieng's segment went viral on social media, garnering millions of views on YouTube.

"I started doing stand-up comedy just when YouTube was kind of starting out, so I didn't come up in that environment of peak YouTube," Chieng said.

Despite his own viral fame, he hasn't used YouTube and social media in a way that many stand-up comedians have started to do.

"I still come from that comedy model of just before YouTube. I don't have a YouTube channel, I don't really put content out -- I probably should," he said.

Social media, and the advent of the viral celebrity, has changed the way many comedians approach the art form, Chieng said.

"YouTube has kind of given comics a platform to release clips that directly impact ticket sales in ways that maybe a TV appearance doesn't do anymore, or maybe never would do," he said.

"With live stand-up comedy, the name of the game is ticket sales. You try to get people to come watch you live. In many ways, YouTube and Instagram and releasing clips and macros and memes ... can more directly contribute to live ticket sales."

Another recent change in the stand-up world involves discussions about whether jokes can go too far, and whether certain topics shouldn't be the subject of jokes.

"Comedy is an art form, it's not a science, it's not an equation, so you don't always get it right. Sometimes you get it wrong," he said.

Not every joke is going to land in the way a comedian intends, and audiences won't always like the jokes, Chieng said.

"I, as a professional stand-up comic, can't buy into the idea that there are topics that you can never joke about. I have to believe that everything can be joked about," he said. "That being said, that doesn't mean that I'm going to publicly joke about everything, right? Because if you're going to play with dynamite, you better get it spot on."

Chieng created and starred in his own comedy series, Ronny Chieng: International Student, in 2017, and the next year, he made his feature film debut in Crazy Rich Asians. He said more projects are on the way.

"I'm working on my own movie and TV scripts," he said. "Also, I've started acting more in movies."

Chieng said he has not yet been contacted about two planned sequels to Crazy Rich Asians.

"If I was a betting man, I'd bet on my character being in, but you never know what's going to happen in show business," he said.