Janelle Monae attends the premiere of "Harriet" at the Orpheum Theatre in downtown Los Angeles on October 29. She turns 34 on December 1. File Photo by Jim Ruymen/UPI | License Photo

Zoe Kravitz attends the world premiere of the film "Fantastic Beasts: The Crimes of Grindelwald" in Paris on November 8, 2018. The actor turns 31 on December 1. File Photo by David Silpa/UPI | License Photo

Dec. 1 (UPI) -- Those born on this date are under the sign of Sagittarius.

-- Matthew Shepard, University of Wyoming student killed because he was gay, in 1976

'Antebellum': Janelle Monae is stuck in the past in first teaser 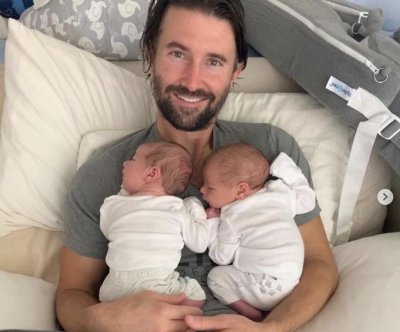 Entertainment News // 6 hours ago
Kane Brown wants to be his 'best' for infant daughter
Feb. 27 (UPI) -- Country music singer Kane Brown discussed how Kingsley Rose, his daughter with Katelyn Brown, inspired his song "For My Daughter."