Melissa Benoist shared in an Instagram video her experiences as a victim of domestic violence. File Photo by John Angelillo/UPI | License Photo

Nov. 28 (UPI) -- Supergirl star Melissa Benoist revealed in a 15-minute-long Instagram video she was a victim of domestic violence -- physical, psychological and verbal -- at the hands of a former partner.

"The stark truth is I learned what it felt like to be pinned down and slapped repeatedly, punched so hard the wind was knocked out of me, dragged by my hair across pavement, head-butted, pinched until my skin broke, shoved into a wall so hard the drywall broke, choked," the 31-year-old actress said Wednesday, detailing how the unidentified man threw a phone at her, broke her nose and nearly ruptured her eyeball, prompting her to end the relationship.

"Something inside of me broke. This was too far," she said.

"None of this is salacious news, it was my reality. What I went through caused a tectonic shift on my outlook on life. ... I will be healing from this for the rest of my life."

The Glee alum did not say exactly when this happened and didn't name the person who hurt her, other than to say he was someone younger than her whom she met when she was newly single after another relationship.

The actress said she was initially flattered by the man's attention and jealousy, but eventually realized it was toxic. She also said she was determined to make the relationship work and teach him not to be violent.

Benoist said she is sharing her story in the hopes it will prevent other people from suffering the same fate and seeking help if they need it.

"She is an extraordinary woman and we are proud to stand with her and behind her. We applaud her bravery and strength and we join her in hoping this incredible act of honestly encourages other people to speak up and find safety and support. We love you Melissa," the producers said. 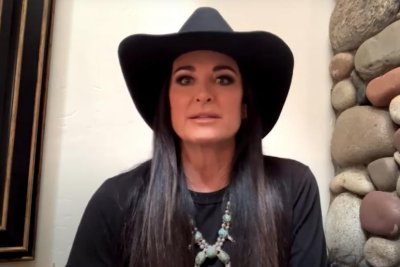