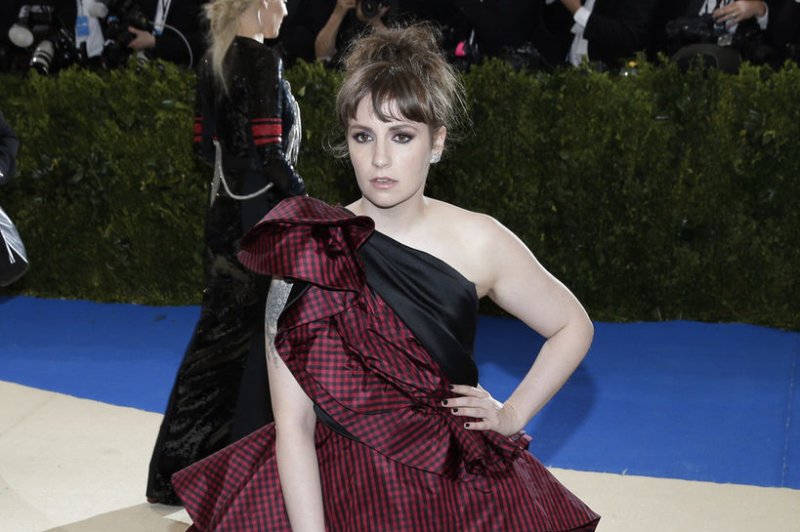 Lena Dunham (L) and Jemima Kirke attend the Costume Institute Benefit at the Metropolitan Museum of Art in May. File Photo by John Angelillo/UPI | License Photo

Nov. 4 (UPI) -- Lena Dunham is sharing her struggle with Ehlers-Danlos syndrome, a group of disorders affecting the joints and skin.

The 33-year-old actress went public with her diagnosis on Instagram after paparazzi photographed her walking with a cane while in a nightgown.

"I could choose to be embarrassed by these paparazzi pics- I mean, that's probably the point of someone publishing them in the first place- but I'm really not," Dunham captioned the post.

"But the truth is just: This is what life is like when I'm struggling most with chronic illness," she said. "An Ehler-Danlos syndrome flare means that I need support from more than just my friends... so thank you, sweet cane!"

The Girls creator said she was initially reluctant to use a cane but came to embrace it for the mobility.

"For years, I resisted doing anything that would make my physical situation easier, insisting that a cane would 'make things weird.' But it's so much less weird to actually be able to participate than to stay in bed all day," she said.

Dunham said she was on her way to the doctor when the photos were taken.

"You'd better believe I'm wearing my nightgown," the star said. "I wanted to be full cozy."

"And then an hour later, I'm in a meeting look tackling the job I love," she added. "That's the two-fold life of a woman with chronic illness; we still rock our dreams and goals and passions (and fashions) and we live many lives in one day."

Dunham has struggled with health issues for several years, including endometriosis. She had an elective hysterectomy in February 2018 and surgery in October 2018 to remove her left ovary.

"Chandelier" singer Sia and The Good Place star Jameela Jamil also have Ehlers-Danlos syndrome, which often causes fragile tissue and joints and skin that stretch more than they should. Patients often bruise or scar easily or suffer frequent dislocations.

Sia shared an encouraging message in October after going public about her Ehlers-Danlos diagnosis, chronic pain and a neurological disorder.

"I just wanted to say to those of you suffering from pain, whether physical or emotional, I love you, keep going," she tweeted. "Pain is demoralizing, and you're not alone."