Matt Lauer said his sexual encounter with Brooke Nevils at the Sochi Olympics was "consensual" and the start of an affair. File Photo by John Angelillo/UPI | License Photo

Farrow interviewed Nevils, the former NBC News employee whose allegations of sexual misconduct led to Lauer's firing from Today in 2017, for his book, out Oct. 15. Nevils says that Lauer anally raped her in Sochi.

Lauer responded to Nevils' new claim in an open letter Wednesday. He said his sexual encounter with Nevils in Sochi was "consensual" and marked the start of an extramarital affair.

"Today, nearly two years after I was fired by NBC, old stories are being recycled, titillating details are being added, and a dangerous and defamatory new allegation is being made. All are being spread as part of a promotional effort to sell a book. It's outrageous," Lauer said.

"In a new book, it is alleged that an extramarital, but consensual, sexual encounter I have previously admitted having, was in fact an assault. It is categorically false, ignores the facts, and defies common sense," he added.

"Matt Lauer's conduct was appalling, horrific and reprehensible, as we said at the time. That's why he was fired within 24 hours of us first learning of the complaint. Our hearts break again for our colleague," the network said.

Catch and Kill recounts Farrow's investigation of Harvey Weinstein, who was accused of sexual harassment and assault by multiple women, including actress Gwyneth Paltrow, in 2017. 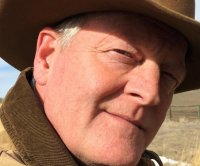