Will Yun Lee on Asian representation in Hollywood: 'We're getting there'

U.S. actor Will Yun Lee is a series regular in ABC's "The Good Doctor" and a cast member of Netflix's "Altered Carbon," a science fiction drama. File Photo by Nina Prommer/EPA-EFE

NEW YORK, Aug. 9 (UPI) -- Will Yun Lee has had an illustrious acting career spanning two decades that includes memorable roles in a James Bond movie and the Wolverine franchise.

But as he gets ready for ABC's The Good Doctor to return for its third season Sept. 23, the actor says he's receiving fresh inspiration from a new crop of up-and-coming Asian-American actors.

Lee, 48, is a trailblazer in his own right. A second-generation Korean American with an immigrant father who trained one of the first all-African American taekwondo fight teams, Lee has been a working actor ever since he moved to Los Angeles with "$1,000, a radio and a duffel bag of clothes."

"I knew one person, and I slept on his floor," Lee told UPI.

That was 1997 -- the year Lee, who attended Berkeley on a taekwondo scholarship, decided to take a chance in Hollywood after watching Jason Scott Lee in Dragon, the 1993 biopic of martial arts legend Bruce Lee.

More than two decades later, the inspiration he received from watching Lee is being rekindled again, following a landmark year for Asian representation in Hollywood that included the immense success of Crazy Rich Asians.

"I'm in the second phase of my career, watching the new generation come up," he said. "It literally re-inspires me, as if I'm watching Jason Scott Lee again, to do more, represent more."

Lee, who once portrayed a North Korean villain opposite Pierce Brosnan's Bond, said he's been watching the action closely. He's says he's getting a bit jealous.

"When I listen to Yeun, I'm so envious, because it's amazing what he's doing," Lee said, referring to The Walking Dead star's impeccable Korean language skills. "I just never got there."

Lee is being modest, of course. He was named one of People magazine's 50 Most Beautiful People in 2002, then recognized as one of 15 Sexiest Men Alive in 2007. His looks were the focus of a 2015 episode of ABC's Dr. Ken, when an "incredibly hot, successful Korean doctor" -- that's Lee -- throws comedian Ken Jeong's character off-guard.

"Watching Ken operate on the floor, as a star producer on a network show was amazing, treating everyone from top to bottom, the whole production crew, with respect," Lee said. "My hat's off to Ken. That's what a No. 1 player should be."

Lee, who maintains long-term friendships with other Asian-American actors, including The Good Doctor executive producer Daniel Dae Kim, said Jeong faced many years of rejections before he launched a successful career.

The success of Asian actors like Lee and Jeong are notable because they are still rare, and all the more remarkable because actors of color operate in an industry that is tilted in favor of white actors, says David Oh, an associate professor of communication arts at Ramapo College in New Jersey.

"I imagine others in People magazine's 15 Sexiest Men Alive list probably had more successful careers than Will," Oh said, referring to race-biased casting in Hollywood.

"Other people I can think of, who have been on the list -- Mark Wahlberg, Brad Pitt, George Clooney -- all these people have been very successful in terms of their careers."

Oh, who has written about U.S. reception of Asian popular culture and second-generation Korean American ethnic identity, said Lee's qualities as an actor have put him in a league of his own.

"He kind of occupies a little bit of a different space than certainly actor John Cho does, or Randall Park," Oh said, referring to the stars of the 2018 film Searching and ABC's Fresh Off The Boat, respectively.

"Cho and Park are more of an everyman character, whereas Will is more of a leading guy type."

Lee has leading man qualities, but Hollywood's casting practices may have cost him starring roles in blockbuster films, Oh said.

Lee said there has been struggle because of a lack of roles, usually limited to stereotypical Asian characters in TV shows.

"My friends and I knew that every franchise show was going to have a Chinatown episode," he said, "So we would all compete for the same Triad role, the antagonist of that episode."

The actor said he is optimistic because of incremental changes that have been taking place in show business in the last two years, developments that began with breakthroughs like the Fast and the Furious films with their multiracial cast.

Lee also said shows like The Good Doctor hold promise because the characters are not race-driven or race-centric.

"It's a whole cast of ethnicities, and race is never mentioned. That to me is the pinnacle of what I hope to be a part of."

Oh said the positive buzz around colorblind casting might make sense, but the practice has historically not been able to realize a progressive vision.

Oh also said he is concerned about media depictions in which Asian actors are present but the audience doesn't see "their Asian families, their Asian friendships."

For Lee, who is juggling his doctor role with another project, Netflix's science fiction show Altered Carbon, acting is a long-distance marathon, a race he's been running for more than 20 years.

"As long as we're moving inches to feet, feet to yards, we're slowly getting there," he said.

"Nothing beats learning than learning from the floor." 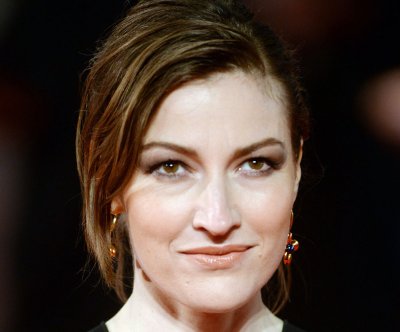 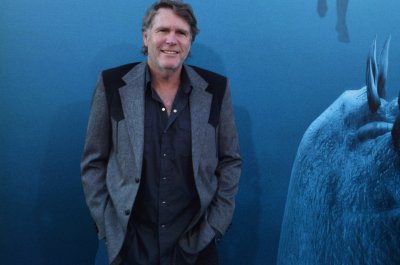