Hilary Duff on becoming a mom at 24: 'It was a little isolating'

The 31-year-old actress said during Thursday's episode of the Motherly podcast that welcoming Luca Cruz, her son with ex-husband Mike Comrie, was a natural but scary experience.

Duff gave birth to Luca in March 2012 and is also parent to 8-month-old daughter Banks Violet with fiancé Matthew Koma. She said her perceptions about parenthood changed quickly after becoming pregnant with Luca at 23.

"I guess I thought you're a real adult once you have a baby. But, that looked very different than how I looked," the star said. "My perception was like, 'Oh, you have all the answers and you know all the things.'"

"I think that very quickly when I became pregnant that shifted into like, this is just me, but I'm going to have to be that person to somebody. I guess I'm saying it in a very simple way, but I very much felt like myself and a little fearful that I wasn't going to have all the answers," she added.

The Younger star said she was the first of her friends to become a mother.

"It was a little isolating in the beginning because I didn't have any friends that had babies yet. But I had been working for such a long time that it felt like a natural step for me and I always knew I wanted to be a mom," she said. "So, I felt ready on some fronts and a little scared on others."

"Banks Violet Bair," she announced on Instagram at the time. "This little bit has fully stolen our hearts! She joined our world at home on Thursday afternoon and is absolute magic."

Duff and Koma got engaged in April following their daughter's birth. The couple started dating in 2016 and split in March 2017, but reconciled that October. 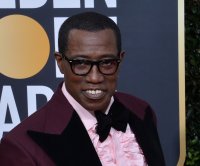 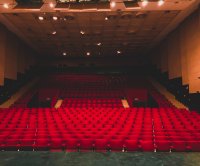