The 52-year-old actress discussed the sequel starring Keanu Reeves and her character, Sofia, during Thursday's episode of The Tonight Show starring Jimmy Fallon.

"In order to be in John Wick, you have to do it yourself," Berry said of her fight scenes. "Chad [Stahelski], our director, says you can't bring in a double. So I broke three ribs in rehearsal."

"All the stunt guys said they've all done it -- that's part of doing your own stunts and being a stuntwoman," she said. "Like, I don't train as an actor, I train as a stuntwoman to be able to do my own fights. They were all like, 'Good. Now it's a badge of honor. You've done what we've all done. Good for you. Now get back to work.'"

Berry said she trained in jiu jitsu and judo, in addition to working with Belgian Malinois dogs.

"They are the smartest, most ferocious, but they're also cuddly and they're also very loyal," the star said of the breed. "I fell in love with these dogs and I learned so much."

"I worked with dog trainers that helped me," she added. "I had to be able to command these dogs on the set, so I had to work with them for like six months, two to three hours a day. It was the best time of my life."

Berry's Sofia is a new character in the John Wick movies. Sofia is an assassin and a close friend of John (Reeves).

"She's like this mysterious newcomer that lives in Morocco. She does very much what John does, sort of his equal in the assassin world, except she's now retired," Berry shared. "He has these things called markers and whips out one of those, and then she's got to do what she's got to do."

John Wick: Chapter 3 - Parabellum opens in theaters May 17. Reeves said in the May issue of GQ the film shows John fighting for his "life" and "soul."

"He's got this beautiful, tragic conundrum -- these two selves," the actor said. "The John who was married, and John Wick, the assassin."

"John wants to be free. But the only way he knows how is through John Wick. And John Wick keeps [expletive] killing people and breaking rules," he added. "We're really watching a person fight for their life and their soul." 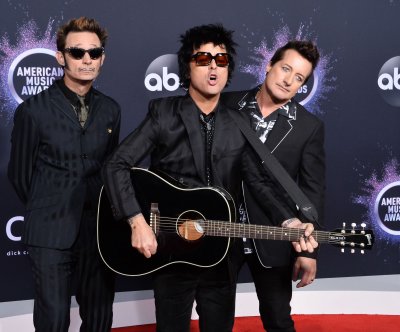 Music // 11 hours ago
Green Day postpones Asia tour dates over coronavirus
Feb. 28 (UPI) -- Green Day has announced on Twitter they are postponing a number of concert dates throughout Asia due to the coronavirus. BTS has similarly canceled planned shows in South Korea. 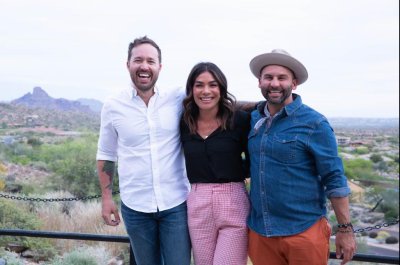