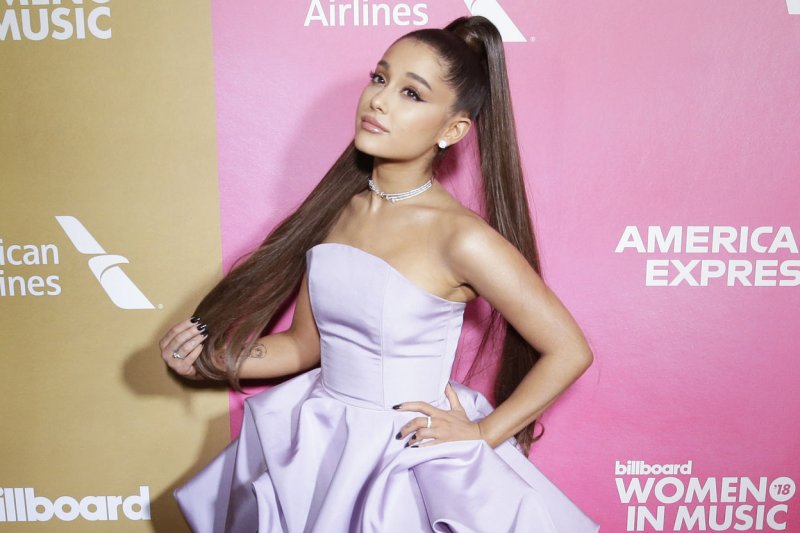 Ariana Grande attends the Costume Institute Benefit at the Metropolitan Museum of Art on May 7, 2018. File Photo by John Angelillo/UPI | License Photo

May 10 (UPI) -- Ariana Grande is the new face of French fashion house Givenchy.

The company confirmed Friday the 25-year-old singer will star in its upcoming fall-winter 2019 campaign.

Givenchy had teased the news by sharing silhouettes of Grande on Thursday. It unveiled the singer in a video Friday on Instagram.

"#ARIVENCHY: @ARIANAGRANDE IS THE NEW FACE OF GIVENCHY #GIVENCHYFAMILY," the caption reads.

"I am so proud to be the new face of Givenchy. It is a house I have forever admired and to now be part of that family is such an honor," the star said, according to Page Six.

"I love this clothing and the confidence and joy it brings to the people wearing it. Not only is the clothing timeless and beautiful but I'm proud to work with a brand that makes people feel celebrated for who they are, and unapologetic about whatever they want to be," she added.

Givenchy is owned by LVMH, which announced a new fashion house with Rihanna on Friday. The singer will relaunch her fashion line Fenty as a luxury brand.

Grande released her fifth studio album, Thank U, Next, in February, and followed up with the single "Monopoly" with Victoria Monét in April.