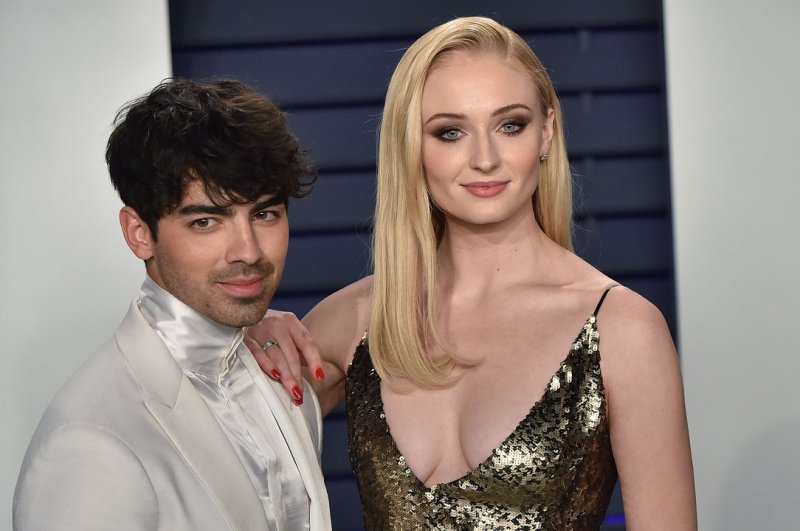 Sophie Turner (R) and Joe Jonas arrive on the red carpet at the Season 8 premiere of "Game of Thrones" on April 3. File Photo by John Angelillo/UPI | License Photo

May 2 (UPI) -- Joe Jonas and Sophie Turner have obtained their marriage license and are officially husband and wife.

Entertainment Tonight confirmed the union between Jonas and Turner by obtaining a copy of the couple's marriage license, which they received on Wednesday.

People magazine also confirmed the news, citing online records that the singer and Game of Thrones star applied for a marriage license in Clark County, Nev.

Jonas and Turner announced their engagement in October 2017 after almost a year of dating. They were both present at the 2019 Billboard Music Awards on Wednesday and appeared to get married during a surprise Las Vegas ceremony that took place after the show.

The ceremony was documented on DJ and producer Diplo's Instagram story, which included video of Turner walking down the aisle as country duo Dan + Shay performed their song "Speechless."

Jonas' brothers Nick and Kevin were also featured in the video, serving as groomsmen.