Will Smith won a Webby Award alongside others stars such as Jimmy Fallon and Ellen DeGeneres.  File Photo by Chris Chew/UPI | License Photo

April 23 (UPI) -- The International Academy of Digital Arts and Sciences announced on Tuesday the winners of the 23rd annual Webby Awards.

The Webby Awards honors the best of the internet through categories that span websites, videos, advertising, apps, mobile, social, podcasts and video games.

The winners will be awarded during a ceremony hosted by Jenny Slate set to take place on May 13 at Cipriani Wall Street in New York.

Will Smith won the Webby award for Events & Live Streams in the video category for his YouTube original titled The Jump. The video followed the actor as he bungee jumped out of a helicopter over the Grand Canyon in celebration of his 50th birthday.

TV // 18 minutes ago
Andrew Garfield, Daisy Edgar-Jones to star in FX limited series
June 25 (UPI) -- FX has announced it ordered a limited series based on Jon Krakauer's book, "Under the Banner of Heaven." 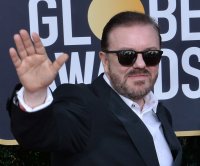 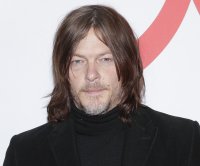