Park Yoo-chun, an actor and member of boy band JYJ, arrives at a police station in Suwon, south of Seoul, on Wednesday to undergo questioning over alleged drug use with his former fiancee, Hwang Ha-na, a granddaughter of Namyang Dairy Products Co.'s founder and honorary chairman. Photo by Yonhap

SUWON, South Korea, April 23 (UPI) -- Police sought an arrest warrant for Park Yoo-chun, an actor and member of boy band JYJ, on Tuesday after a drug test on a sample of his hair came back positive, officials said.

The 33-year-old Park is suspected of taking methamphetamine with Hwang Ha-na, a granddaughter of the founder of a major dairy producer, earlier this year.

Hwang, 31, was arrested earlier this month on charges of buying methamphetamine and using the illegal substance in 2015. She reportedly told police that she was lured by Park into using drugs together.

Park has flatly denied the allegations and an earlier urine test was negative, but the National Forensic Service's drug test on his leg hair showed positive results, according to investigators.

Police earlier obtained CCTV footage showing Park picking up something about 20-30 minutes after probably sending money to a bank account suspected to belong to a drug dealer via an ATM in Seoul.

He told police he sent the money at the request of Hwang but claimed he did not use drugs.

Hwang was Park's fiance. The couple planned to get married in 2017 but broke up the following year.

A court hearing to review whether to arrest Park will be held as early as Wednesday.

In the latest in a series of allegations of drug use by K-pop stars and conglomerate family members, a grandson of late Hyundai Group founder Chung Ju-yung was arrested on Tuesday on charges of using a liquid variety of marijuana on 11 occasions at his home between March 2018 and January 2019.

The younger Chung is the eldest son of Chung Mong-il, the eighth son of the Hyundai founder and CEO of Hyundai M Partners Co.

The 28-year-old is also suspected of having smoked marijuana with another chaebol family member, 31-year-old grandson of the late founder of SK Group, who is also under arrest.

Chung serves as a managing director at his father's company. His 27-year-old sister was also fined 3 million won ($2,633) for using marijuana in 2012.

Music // 1 hour ago
Seventeen play outlaws in 'Hot' music video teaser
May 23 (UPI) -- K-pop group Seventeen released a preview of its video for "Hot," the title track from its album "Face the Sun." 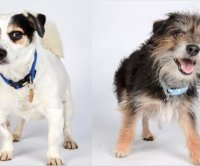