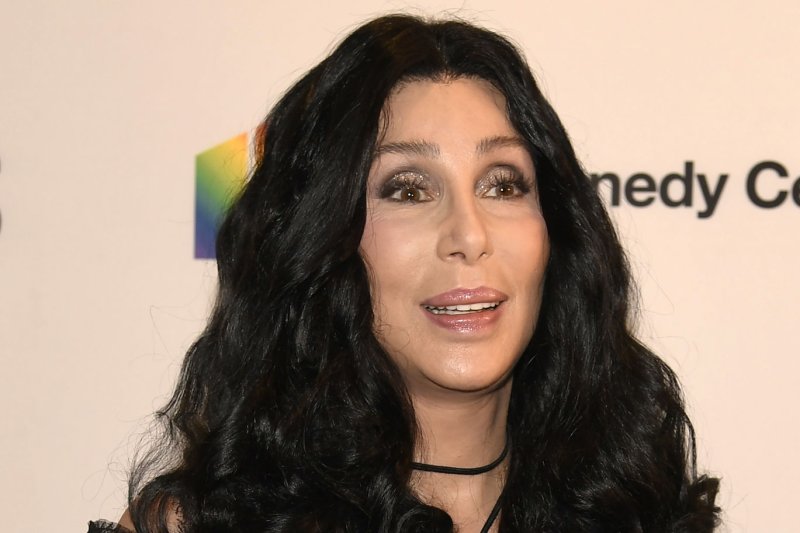 Cher said it was "painful" to revisit her highs and lows with Sonny Bono in the Broadway musical "The Cher Show." File Photo by Mike Theiler/UPI | License Photo

The 72-year-old singer and actress said during Monday's episode of Today it was "painful" to revisit her highs and lows with Bono in the Broadway musical The Cher Show.

"It validates him so much because we go through some stuff that really happened, but it's not exactly, it doesn't paint him in the best light," she added. "He was so crazy. He was so funny!"

Cher split from Bono in 1974 after more than nine years of marriage. She told host Jenna Bush Hager she believes Bono, who died at age 62 in January 1998, would like the show despite his portrayal.

"He would like it. He's be [expletive] a little bit but he knows it's true, so he'd be okay," the star said.

The Cher Show follows Cher's life through six decades and features three different actresses as the singer. Cher, who helped write the show, agreed with Hager it shows her vulnerability.

"I've gone up so high and then fallen down so low," she said. "You just think, I should do something else. But I don't know how to do anything else."

“You’ve had moments where you’ve thought my career is over.” -@jennabushhager

“Many. I’ve gone up so high and then fallen down so low.” -@cher pic.twitter.com/4R6vNVXnhE

Cher is in the midst of her Here We Go Again world tour. She kicked off the tour in Auckland, New Zealand, in September, and will bring the venture to a close Dec. 19 in Dallas, Texas.

TV // 5 hours ago
Kate Winslet to star in HBO adaptation of 'Trust'
June 29 (UPI) -- Kate Winslet will star in and produce "Trust," a new series based on the Hernan Diaz novel.