Thandie Newton bonds with daughter Nico ahead of 'Dumbo' premiere

The 46-year-old British actress spent time with Nico Parker, her 14-year-old daughter with husband Ol Parker, before supporting her at the premiere Thursday in London.

Nico plays Milly Farrier, the daughter of Holt Farrier (Colin Farrell), in Dumbo. Newton shared photos and videos on Instagram Stories of herself with Nico, including a picture of her daughter getting her makeup done.

Thandie Newton shared photos and videos with daughter Nico ahead of the London premiere of "Dumbo." Screenshot via thandienewton/Instagram Stories

The Westworld star also posted a snapshot of Nico with hair stylist Rio Sreedharan, who was celebrating his birthday.

Thandie Newton shared photos and videos with daughter Nico ahead of the London premiere of "Dumbo." Photo by thandienewton/Instagram Stories

Newton later shared photos of herself and Nico at the premiere. Newton wore a blue dress with an ombré top, while Nico sported a pink Carolina Herrera gown with orange tulle overlay.

"Stepping out with my darling girllast night xxx@nicoparkerofficial," Newton wrote on Instagram Stories.

Newton is known for playing Maeve Millay in Westworld. She is parent to Nico, 18-year-old daughter Ripley and 5-year-old son Booker with Parker.

TV // 5 hours ago
Milo Ventimiglia: 'This Is Us' finale no different than past 6 seasons
LOS ANGELES, May 24 (UPI) -- "This Is Us" stars Milo Ventimiglia, Mandy Moore, Justin Hartley and Susan Kelechi Watson reflect on the show coming to an end. 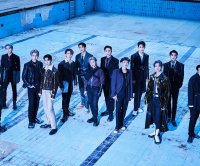 Music // 17 hours ago
Seventeen play outlaws in 'Hot' music video teaser
May 23 (UPI) -- K-pop group Seventeen released a preview of its video for "Hot," the title track from its album "Face the Sun." 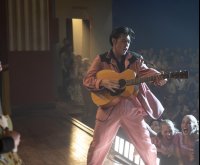