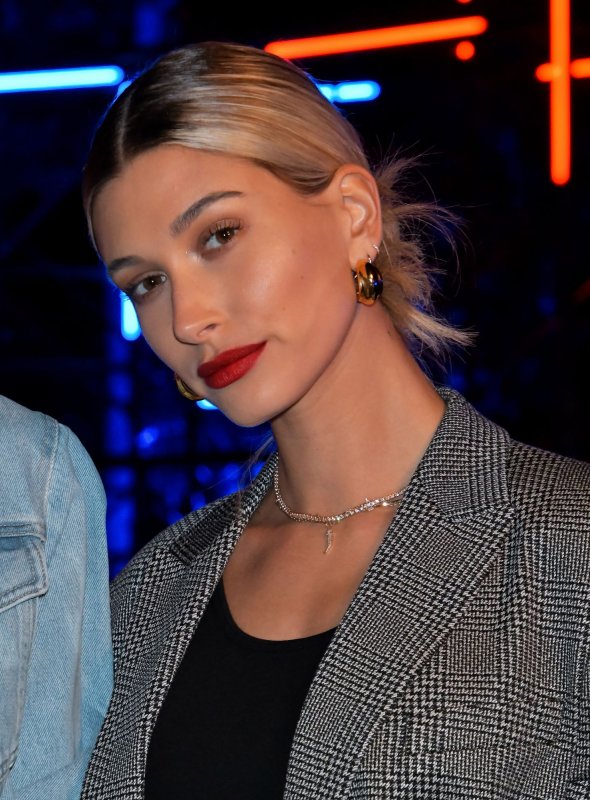 Hailey Baldwin explained how she handles comments and criticism of her relationship with Justin Bieber in a new interview. File Photo by Keizo Mori/UPI | License Photo

The 22-year-old model explained in an interview with Cosmopolitan published Thursday how she handles comments and criticism about her relationship with Bieber on Instagram.

Baldwin spoke to the magazine with her friend and business partner, Kelia Moniz, who said Instagram can lead to idolization and people trying to change themselves. Baldwin agreed and added her own two cents.

"The problem too is kids become possessive over people and feel like if they think they're hurt, they feel hurt for them and they're hurt too, or whatever it is. They just think they know these people who are famous because their life is so exposed. And that's what gets me, I think, the most frustrated," the star shared.

"I've found that I got to a place where I don't read the comments," the model said. "You still care to a certain extent. You really have to train your brain to be like, 'Okay, why do I even care? I don't know these people, they don't know me, they're not a part of my life or my relationship.'"

"People can just be mean, and I feel like if you don't want it to get to you, then don't read it and allow it to affect your soul," she advised.

Baldwin shared a pair of photos with Bieber this month on Instagram in honor of the singer's 25th birthday. The post received over 3.4 million likes and both love and hate in the comments.

Bieber voiced his personal struggles in an Instagram post following his birthday. He said he's been feeling "super disconnected" and asked fans to pray for him.