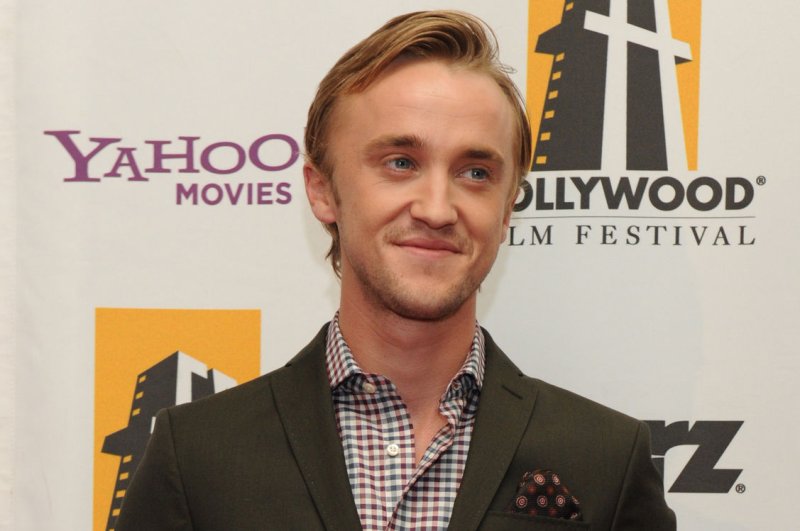 The 31-year-old British actor shared details about the new attraction being built at Wizarding World of Harry Potter at Universal Orlando during Tuesday's episode of Today.

Felton, who played Draco Malfoy in the Harry Potter movies, said the Hagrid's Magical Creatures Motorbike Adventure roller coaster will be a "high-octane" experience set in the Forbidden Forest.

"It's a very, very exciting ride," he shared. "It's going to be a high-octane thrill fast ride through the Forbidden Forest."

Felton confirmed designers imported 1,200 trees to build the Forbidden Forest and add to the experience.

"Alan Gilmore and his team, they work so hard together and it's already looking amazing," the star said before confirming he visited Universal Orlando as a child.

"I went there, like, three times as a kid. So this is truly a strange and surreal experience that now I get to be part of a theme park," he added.

Attention #HarryPotter fans! There’s a new Hagrid coaster coming to @UniversalORL, and we’ve got @TomFelton with us to celebrate. pic.twitter.com/baJBKAkcgd

Felton also appeared in a video Tuesday from Universal Studios. The clip shows the actor and Gilmore, the art director, introduce the new roller coaster and the creatures of the Forbidden Forest.

Entertainment News // 15 hours ago
Memorial to be held for DMX in Brooklyn on April 24
April 17 (UPI) -- DMX's manager Steve Rifkind has announced that a memorial will be held for the late rapper on April 24 at the Barclays Center in Brooklyn.

TV // 17 hours ago
Sharon Osbourne on 'Talk' exit: 'It changes from day to day what is correct'
April 17 (UPI) -- Sharon Osbourne broke her silence about her departure from "The Talk" last month on Friday's edition of "Real Time with Bill Maher."