"We did it!!!! Mr & Mrs Lee," the Motley Crue drummer captioned Thursday's photo of two adorable dogs dressed in formal wedding attire and standing near a bouquet of white flowers in a vase.

Lee was previously married to Elaine Starchuk, Heather Locklear and Pamela Anderson. He and Anderson are the parents of sons Brandon, 22, and Dylan, 21. 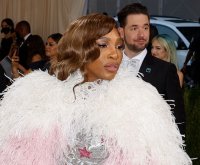 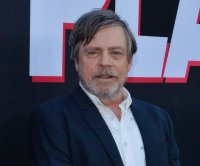