Katy Perry said she didn't mean "to inflict any pain" with the Rue and Ora shoes in her Katy Perry Collections. File Photo by Jim Ruymen/UPI | License Photo

Katy Perry attends the Costume Institute Benefit at the Metropolitan Museum of Art on May 7. File Photo by John Angelillo/UPI | License Photo

Feb. 12 (UPI) -- Katy Perry issued an apology after two of her shoe designs came under fire for resembling blackface.

The 34-year-old singer said Tuesday that she didn't mean "to inflict any pain" with the Rue and Ora shoes in her Katy Perry Collections.

Perry and her brand management company, Global Brands Group, issued the statement after many criticized the designs online. The pair said the shoes, which came in black, beige and other colors, were inspired by modern art.

"The Rue and The Ora were part of a collection that was released last summer in 9 different colorways (black, blue, gold, graphite, lead, nude, pink, red, silver) and envisioned as a nod to modern art and surrealism," Perry and Global said, according to E! News.

"I was saddened when it was brought to my attention that it was being compared to painful images reminiscent of blackface. Our intention was never to inflict any pain. We have immediately removed them from katyperrycollections.com," they added.

Gucci apologized last week after people called out a wool turtleneck sweater for resembling blackface. The $900 black sweater featured a long collar that covered the lower part of the face and a red mouth slit.

"We consider diversity to be a fundamental value to be fully upheld, respected, and at the forefront of every decision we make," the company said. 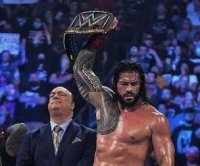 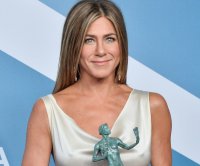