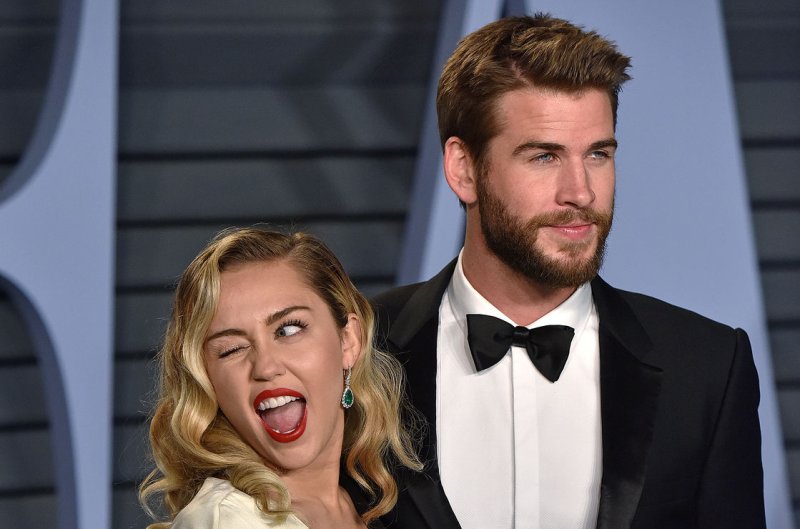 Feb. 7 (UPI) -- Liam Hemsworth himself is impressed with the wedding ring he gave wife Miley Cyrus.

The 29-year-old actor discussed Cyrus and her ring's CGI-like sparkle on Wednesday's episode of The Tonight Show starring Jimmy Fallon following their wedding.

Hemsworth attended the G'Day USA gala with Cyrus in January, where photographers captured a picture of the 26-year-old singer in the audience. Her ring gave off a visible "bling," or sparkle, in the photograph.

"I thought it was CGI when I first saw that," he added of the snapshot. "I was convinced that it was CGI because it did a full-on, just 'bing!'"

Hemsworth had praised Cyrus during his speech at the awards show.

"I made the speech and I referred to her as my wife. Yeah, people liked that. Big, big cheer," the star recalled.

"I started saying nice things about her and then she wanted more, obviously," he said. "[I was like,] I'll tell you when I get home.'"

Hemsworth and Cyrus quietly tied the knot at their home in Franklin, Tenn., in December. Cyrus voiced her love and respect for Hemsworth in a post on his birthday the next month, saying, "Thank you for giving me the happiest days of my life."