Sarah Paulson (L), pictured with Holland Taylor, recalled how she connected with the actress on Twitter. File Photo by Christine Chew/UPI | License Photo

The 44-year-old actress recalled Wednesday on the Watch What Happens Live after-show how she connected with Taylor on Twitter after meeting the Two and a Half Men alum at a charity event.

"It's a long story. We met a very, very long time ago. I was with someone else. She was, too," Paulson told host Andy Cohen.

"Then there was, like, a Twitter thing that happened. We were doing a thing at Martha Plimpton's house for an organization that she was working with," she said. "We sort of breezed by each other and then started following each other on Twitter."

Paulson, who appeared in the episode with American Horror Story: Apocalypse co-star Billy Eichner, confirmed Taylor "slid into her DMs" after they connected online.

"She actually did," she said of Taylor. "It's pretty great."

Paulson was first linked to Taylor, who is 32 years her senior, in December 2015. She has previously dated men, including actor Tracy Letts, and was in a seven-year relationship with 24 actress Cherry Jones.

"My choices is romantic partners have not been conventional, and therefore the idea that it is 'other' makes it compelling," the star told the New York Times in 2016.

"What I can say absolutely is that I am in love, and that person happens to be Holland Taylor," she said. 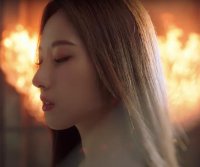 Movies // 11 hours ago
New 'Shang-Chi' trailer set for 'NBA Countdown'
June 24 (UPI) -- Marvel Studios will premiere a new trailer for "Shang-Chi and the Legend of the Ten Rings" Thursday during "NBA Countdown" on ESPN.