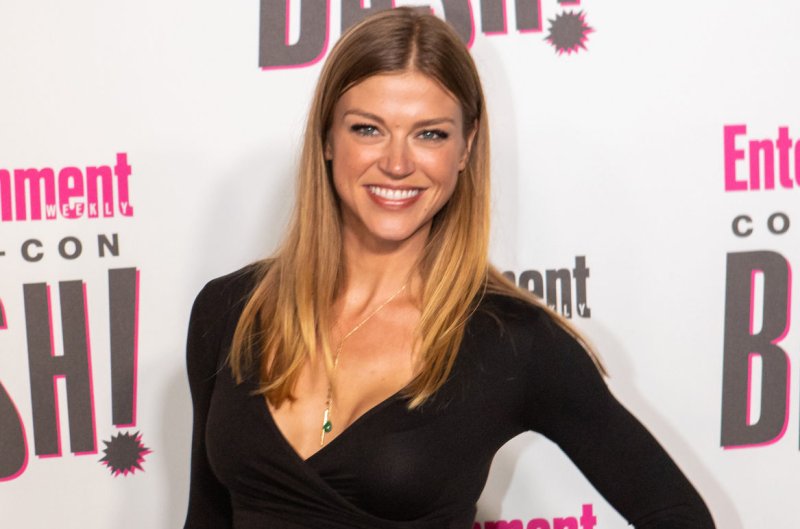 Palicki, 35, announced the news with a photo of herself with Grimes, 47, Thursday on Twitter.

The black and white picture shows Grimes and Palicki embracing and smiling for the camera. Palicki's engagement ring can be seen on her left hand.

"So happy to spend my life with you @ScottGrimes #ido #iloveyou," she captioned the post.

So happy to spend my life with you @ScottGrimes #ido #iloveyou pic.twitter.com/jmpss4diSF

Grimes and Palicki play Gordon Malloy and Kelly Grayson on The Orville, which premiered on Fox in September 2017. The couple went public with their romance during San Diego Comic-Con in July.

"Hello, #SDCC! We love you!" Palicki wrote alongside a selfie with Grimes.

Grimes was previously married to Dawn Bailey-Grimes and Megan Moore Grimes. He is parent to two children, 19-year-old daughter Madison and 17-year-old son Jackson, with Bailey-Grimes.