The 30-year-old dancer and television personality discussed her struggle with the condition in a new interview with Women's Health, saying husband Brooks Laich is supportive and understanding of her limitations.

"It can definitely cut things short," Hough told the magazine. "Sometimes we're in the middle and I'm just like, 'AH, stop!'"

"It can be really frustrating," she said. "He only wants to love on me and make me feel good."

The Dancing with the Stars alum said she and Laich have found ways to be intimate without triggering pain.

"There's so much intimacy without actually having sex," she said. "There are some cool things we've learned and it's literally been awesome."

Hough first experienced symptoms from endometriosis, a disorder where abnormal tissue grows outside the uterus, at 15 years old. The condition affects an estimated one in 10 women of reproductive age, according to the U.S. Department of Health and Human Services. Symptoms include painful cramps or periods, heavy periods, chronic pelvis and intestinal pain and pain during or after sex.

She was diagnosed at age 20 after a bout of cramping sent her to the emergency room.

"I didn't think to go to the gynecologist. Because I'm a competitor, I felt like I had to push through the pain and just work," the star recalled of her experience at as a teen.

"My body is very precious to me, I didn't think of it that way before," she said of her approach now. "If I don't feel like working out that day, then I don't do it. If I want to sleep in, then I will."

Hough and Laich married in an intimate, outdoor wedding in July 2017. Hough told E! News in March she doesn't believe her endometriosis will affect her ability to have kids. 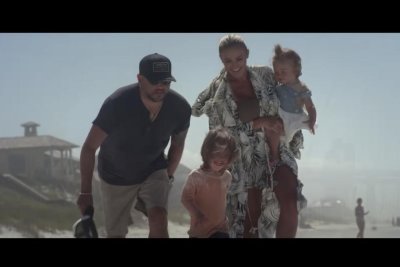