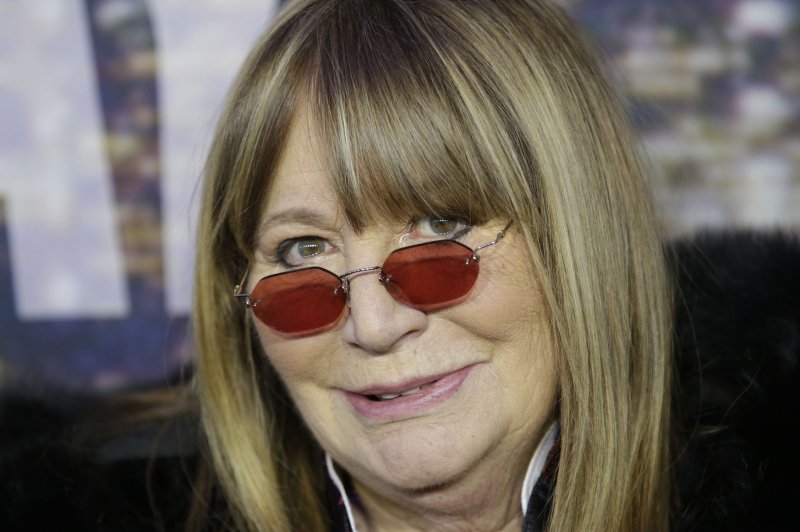 Penny Marshall poses for photographers during a ceremony unveiling her star on the Hollywood Walk of Fame in Los Angeles on August 12, 2004. File Photo by Francis Specker/UPI | License Photo

Penny Marshall (L) and Cindy Williams pose for photographers during a ceremony unveiling their stars on the Hollywood Walk of Fame in Los Angeles on August 12, 2004. File Photo by Francis Specker/UPI | License Photo

Celebrities Penny Marshall and Danny Devito attend Game 3 of the NLCS between the Los Angeles Dodgers and the Philadelphia Phillies in Los Angeles on October 12, 2008. File Photo by Jon SooHoo/UPI | License Photo

Dec. 18 (UPI) -- Penny Marshall, an actor and filmmaker whose career spanned five decades and included a titular role in Laverne & Shirley, died at her home in California, her publicist announced. She was 75.

"She passed away from complications from diabetes," she said in a statement to the New York Daily News.

"Penny was a girl from the Bronx, who came out West, put a cursive 'L' on her sweater and transformed herself into a Hollywood success story," her family said in a statement.

Marshall shot to fame in the 1970s with her role as Laverne DeFazio, which first debuted on Happy Days. Marshall and Cindy Williams, who played Shirley Feeney, got their own show in 1976, though the character returned in other ABC sitcoms, including Mork & Mindy and Blansky's Beauties.

Laverne & Shirley ran until 1983, and though Marshall had other roles in television and movies, she turned her attention to being behind the camera.

She directed four episodes of Laverne & Shirley before her first movie -- Jumpin' Jack Flash starring Whoopi Goldberg in 1986. Marshall worked twice with Tom Hanks, directing Big and A League of Their Own.

Big became the first film directed by a woman to gross more than $100 million -- it took in $151 million -- and earned Hanks an Oscar nomination. Awakenings, starring Robin Williams and Robert De Niro in 1990, earned three Oscar nominations, including Best Picture.

Her most recent project, which is in post-production, is a documentary about Dennis Rodman titled Rodman.