The 32-year-old YouTube personality welcomed a baby boy with her fiancé, Erik Stocklin, on Monday.

Ballinger announced the news in a tweet to her 1.68 million Twitter followers, writing, "he's perfect" with a heart-eyes emoji.

The Haters Back Off co-creator had posted a photo from the hospital several hours earlier after she went into labor.

Ballinger met Stocklin in 2016 when she cast him to play Patrick Mooney, Miranda's friend and love interest, in Haters Back Off. She announced her engagement and pregnancy in June.

"We're so, so excited," the star told People at the time. "We're so in love and can't wait to meet this kid."

"It's just all happening at once; a lot of exciting things coming quickly, which is awesome. I'm the luckiest girl in the world," she said.

Ballinger came to fame after posting videos as the character Miranda Sings on YouTube. The character, a talentless aspiring singer, inspired the Netflix series Haters Back Off, which Ballinger co-created with her brother. 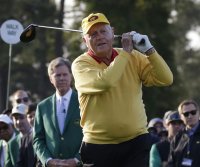 Movies // 9 hours ago
Sundance movie review: 'The Princess' is a history of Princess Diana's triumph, tragedy
Jan. 20 (UPI) -- The documentary "The Princess," which premiered at Sundance, chronicles Princess Diana from her engagement to Prince Charles through her death in 1997, using only pre-existing footage.

Entertainment News // 10 hours ago
Adele postpones Las Vegas residency, citing COVID-19 complications
Jan. 20 (UPI) -- Adele on Thursday announced that all 24 dates of her upcoming residency at the Colosseum at Caesars Palace would be postponed, citing complications related to the COVID-19 pandemic. 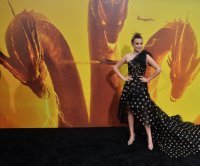 Entertainment News // 16 hours ago
'90s hip-hop, R&B stars answer 'The Call' in Super Bowl Halftime Show trailer
Jan. 20 (UPI) -- The Super Bowl LVI Halftime Show will serve as a throwback to some of the legends of '90s hip-hop and R&B, Pepsi unveiled in a trailer Wednesday. 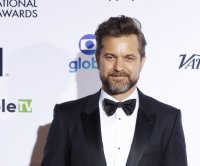