Offset says he misses Cardi B after split

Offset (L), pictured with Cardi B, tweeted about the rapper following their separation after 14 months of marriage. File Photo by Jim Ruymen/UPI | License Photo

Dec. 10 (UPI) -- Offset is missing his estranged wife, Cardi B, in the wake of their split.

The 26-year-old rapper tweeted about Cardi B on Sunday following his separation from the rapper after 14 months of marriage.

Offset's post had received over 422,000 likes as of Monday morning. Fans reacted in the comments, with many propagating rumors the rapper cheated.

"She shouldn't take him back but it's nice to see that he understands what he did and what he lost," one person wrote.

Entertainment Tonight said Cardi B rapped about divorce during her concert Friday in New York. She changed the lyrics of her song "Motorsport" to reflect her split from Offset.

"I turn Offset on. I told him the other day, 'We should get divorced,'" she rapped.

Cardi B denied in an Instagram Live video Sunday that her separation from Offset is a publicity stunt.

"I really don't like how people say me and my husband -- whatever he is right now to me -- is doing it for publicity," she said. "I wouldn't put my family in a bad name for no [expletive] publicity."

Offset and Cardi B secretly married in September 2017 and welcomed their first child, daughter Kulture, in July. Cardi B announced her split from Offset in a video last week, saying she and the rapper "just grew out of love."

Entertainment News // 4 minutes ago
Hulu: What's coming and going in November 2021
Oct. 19 (UPI) -- "The Boss Baby: Family Business," "Marvel's Hit Monkey" and new seasons of "The Great" and "Animaniacs" are headed to Hulu. 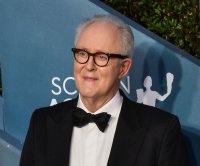