The picture shows Winfrey, her longtime partner, Stedman Graham, and family gathered around Lee at a table. Winfrey thanked fans for their support in the caption.

"Thank you all for your kind words and condolences regarding my mother Vernita Lee's passing. It gives our family great comfort knowing she lived a good life and is now at Peace," she wrote.

Thank you all for your kind words and condolences regarding my mother Vernita Lee’s passing. It gives our family great comfort knowing she lived a good life and is now at Peace.🙏🏾✝️

Lee died Thursday on Thanksgiving at her home in Milwaukee, Wisc. Winfrey's rep told People Lee was laid to rest at a private funeral.

Lee is survived by Winfrey and daughter Patricia Amanda Faye Lee, whom she placed for adoption as an infant. She was preceded in death by her two other children, Jeffrey Lee and Patricia Lee Lloyd.

Winfrey was raised by her grandmother before being sent to live with Lee at six years old and had a strained relationship with her mom. She encouraged fans to have "a perfect love for imperfect people" in an Oprah's Lifeclass in 2013.

Music // 8 hours ago
Green Day postpones Asia tour dates over coronavirus
Feb. 28 (UPI) -- Green Day has announced on Twitter they are postponing a number of concert dates throughout Asia due to the coronavirus. BTS has similarly canceled planned shows in South Korea. 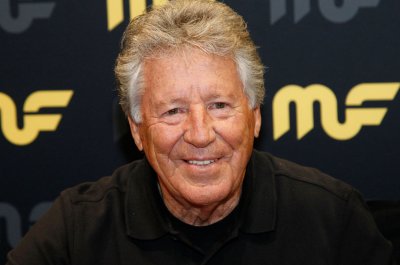