The 64-year-old British writer said in an interview with the BBC published Wednesday that Cruise will be replaced in an upcoming television reboot of his book series.

Cruise portrayed Reacher in the 2012 movie Jack Reacher, which is based on Child's novel One Shot. The actor stands 5 feet, 7 inches, while Reacher is described as 6 feet, 5 inches tall.

"I really enjoyed working with Cruise. He's a really, really nice guy. We had a lot of fun. But ultimately the readers are right," Child said, referencing backlash to Cruise's casting. "The size of Reacher is really, really important and it's a big component of who he is."

"The idea is that when Reacher walks into a room, you're all a little nervous just for that first minute," he explained. "And Cruise, for all his talent, didn't have that physicality."

Child asked for fan help in choosing "the right actor" to replace Cruise. He previously defended Cruise's casting in an interview with The Washington Post in 2012.

"It was completely impossible to find a physical facsimile of Jack Reacher in Hollywood. There are none -- not even remotely close. The people you think are 6-feet-five and 250 pounds are not," the author said.

"[The movie] works very well, because Cruise is an odd mixture of two things. On the outside, he's a movie star and a celebrity. But on the inside, he's a character actor who wants to get into a role through the script, through the words, and wants to inhabit that world," he added.

Child released Past Tense, the 23rd book in the Jack Reacher book series, this month. 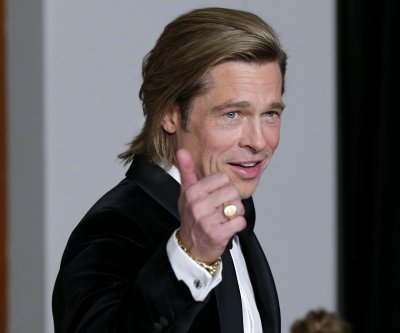 Entertainment News // 14 minutes ago
Starz: What's coming and going in April 2020
March 31 (UPI) -- "Once Upon a Time in Hollywood," "Spider-Man: Far from Home" and new episodes of "Outlander" and "Vida" are headed to Starz.

Movies // 18 hours ago
Quibi returns to 1995 with murder mystery in 'Streetlights' trailer
March 30 (UPI) -- A teen murder mystery rocks a small town in the first trailer for upcoming Quibi movie, "When the Streetlights Go On."