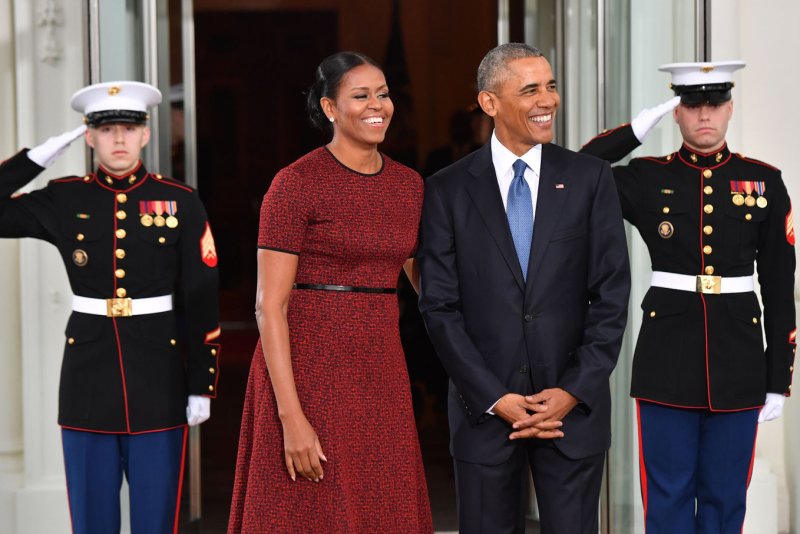 The former first lady said in an interview with Oprah Winfrey for the December issue of Elle that she explored happiness and vulnerability during couple's therapy early in her marriage to her husband, former president Barack Obama.

"When you get married and have kids, your whole plan, once again, gets upended. Especially if you get married to somebody who has a career that swallows up everything, which is what politics is," Michelle told Winfrey. "So there was work we had to do as a couple."

"It was about me exploring my sense of happiness," she said of counseling. "What clicked in me was that I need support and I need some from him. But I needed to figure out how to build my life in a way that works for me."

Michelle said therapy helped her to express her feelings of vulnerability and sadness to Barack. Part of the couple's disconnect stemmed from their differing ideas about physical distance and love.

"He didn't understand distance in the same way," Michelle explained. "You know, he grew up without his mother in his life for most of his years, and he knew his mother loved him dearly, right?"

"I always thought love was up close. Love is the dinner table, love is consistency, it is presence," she said. "So I had to share my vulnerability and also learn to love differently. It was an important part of my journey of becoming. Understanding how to become us."

Michelle and Barack married in October 1992 and are parents to two daughters, 20-year-old Malia and 17-year-old Sasha. Michelle went public about a past miscarriage and her experience with marriage counseling in an interview with Good Morning America last week.

"Marriage counseling, for us, was one of those ways we learned how to talk out our differences," the former first lady said. "What I learned about myself was that my happiness was up to me. I started working out more and started asking for help, not only from him but from other people."

"I know too many young couples who struggle and think that somehow something is wrong with them," she added. "I want them to know Michelle and Barack Obama -- who have a phenomenal marriage and who love each other -- we work on our marriage and we get help with our marriage when we need it."

Michelle further discusses her marriage and other issues in her memoir, Becoming, which debuts Tuesday.