Kelly Ripa (R), pictured with Mark Consuelos, shared a picture of the actor with their sons and his dad. File Photo by Howard Shen/UPI | License Photo

The 48-year-old television personality shared a picture Monday of Consuelos with their two sons, 21-year-old Michael and 15-year-old Joaquin, and his dad, Saul Consuelos, on Instagram.

Ripa captioned the multi-generational photo with "Papi chulos" and several fire emojis. Fans remarked on the family's resemblance in the comments.

"Wow the Apple doesn't fall to far from the tree," one person wrote. "Very handsome men."

"Me oh mi!!! All stunning!!! And they all look just alike," another added.

Ripa and Consuelos are parents to Michael, Joaquin and 17-year-old daughter Lola Grace. Michael will play a younger version of his dad's Riverdale character, Hiram Lodge, in the show's Nov. 7 episode.

"Congrats Michael on being cast as young Hiram Lodge on @thecwriverdale," Ripa wrote on Instagram in August.

"However @instasuelos and i would like to take this opportunity to remind you and your siblings that as your fiduciaries we are hereby entitled to 10% of all future earnings hereto wit, or something like that," she jokingly added.

"Michael is playing the young Hiram who, you know, he's a spitting image of his old [man]," the actor said. "It is crazy. He also sounds exactly like him, too." 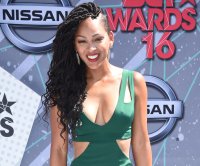 Music // 56 minutes ago
Doja Cat assists a queen in 'Woman' music video
Dec. 3 (UPI) -- Doja Cat released a music video for "Woman," the latest single from her album "Planet Her." 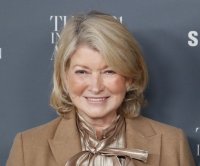 Entertainment News // 1 hour ago
Martha Stewart recalls date with Larry King: He 'was not my type'
Dec. 3 (UPI) -- Martha Stewart said Larry King once got "amorous" during a dinner date at Elio's in New York.

Music // 1 hour ago
SZA shares 'I Hate U' single after SoundCloud release
Dec. 3 (UPI) -- SZA officially released her song "I Hate U" after sharing the track on an anonymous SoundCloud account in August.