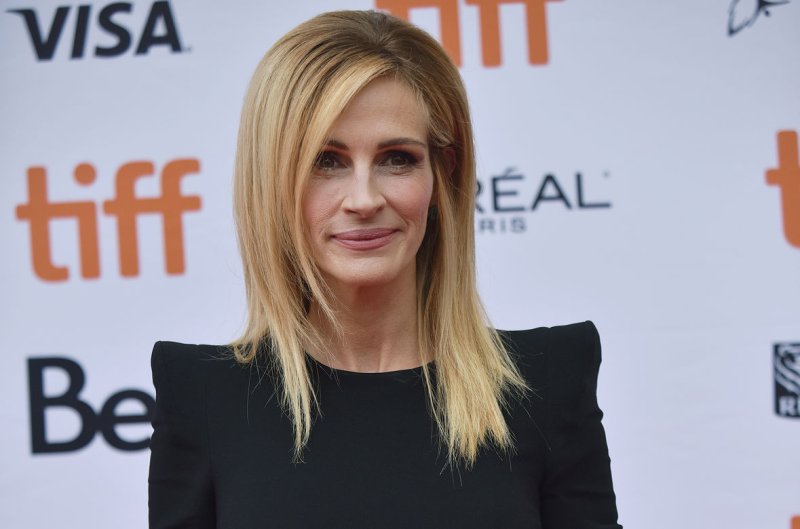 Julia Roberts discussed the impact tabloid reports have on her family in an interview with Oprah Winfrey. File Photo by Christine Chew/UPI | License Photo

The 50-year-old actress discussed the impact of tabloid reports on herself, husband Danny Moder and their family in an interview with Oprah Winfrey for the November issue of Harper's Bazaar.

"Sometimes we are in the grocery store and I won't even know something is out, but we'll see a tabloid and we'll all be standing there like, 'Oh, that's uncomfortable. This is really uncomfortable,'" Roberts said.

"It can still hurt my feelings, because I'm so proud of my marriage," she explained. "We just celebrated being married for 16 years this Fourth of July, and there's so much happiness wrapped up in what we've found together."

Roberts and Moder married in July 2002 and are parents to 13-year-old twins, daughter Hazel and son Phinneaeus, and 11-year-old son Henry. Roberts said she's able to laugh off many rumors due to the obvious discrepancies.

"What I like is when they write, 'the $150 million divorce,' and then a week later a different tabloid says, 'the $275 million divorce.' I'm like, 'Well, somebody got a paycheck in the last week. This is getting good,'" she said.

Roberts shared a rare photo with Moder in September after joining Instagram over the summer. The picture shows the actress embracing Moder during a day at the beach.

"Oh Summer, thank you! You made us happy and brave. We embraced every moment of sun drenched JOY #familytime," she wrote.

Oh Summer, thank you! You made us happy and brave. We embraced every moment of sun drenched JOY ☀️ #familytime

Roberts will next star in the Amazon series Homecoming, which premieres Nov. 2.