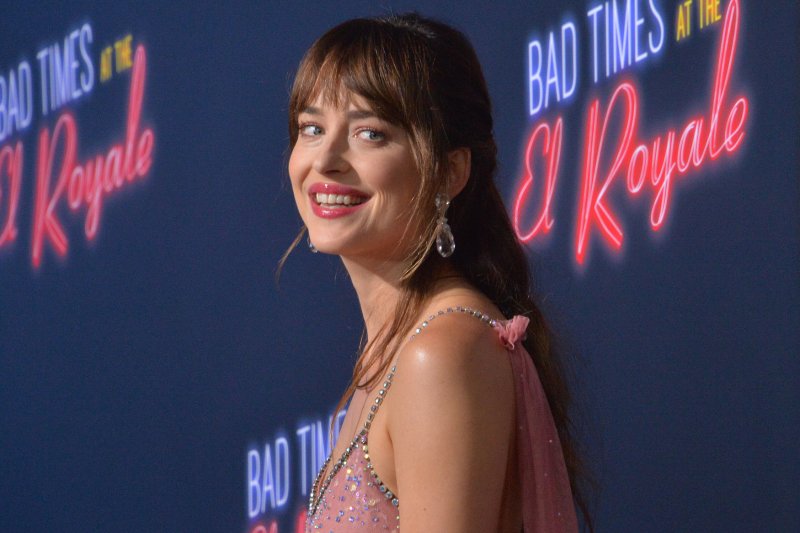 "The only thing I'm pregnant with is a lot of really good ideas. But not any babies," she told host Ellen DeGeneres.

The Fifty Shades star explained she was celebrating her birthday when paparazzi misinterpreted the decorations -- pink and blue balloons -- as a gender reveal party.

"It was my birthday and there were balloons that happened to be pink and blue. So then I was pregnant?" Johnson said.

"I didn't know the balloons were going to be released. They were just in an arch and I guess that accidentally happened -- one of the ends just got let go," she added.

Johnson and Martin were first linked in October 2017, but have largely kept their relationship out of the spotlight. The actress confirmed her romance with Martin in the November issue of Tatler.

"I'm not going to talk about it, but I am very happy," she said.