Post Malone says Justin Bieber inspired him to get tattoos

Oct. 2 (UPI) -- Post Malone appeared on The Tonight Show and discussed how Justin Bieber played a part in him getting his first tattoo.

Malone, who is covered in tattoos, explained to host Jimmy Fallon that while he was working on his first album, Stoney, he came across a tattoo artist and figured if Bieber could take the pain associated with getting ink that he could too.

"I was just like, 'You know what? Justin Bieber's got some tats, and I love you, but I know I'm way tougher than you,'" Malone said.

Malone's first tattoo was of the Playboy bunny logo which he said Bieber ruined when the pair met to play basketball days after Malone had the tattoo work done.

"I guess Justin was watching this interview in the future when I said I was tougher than him because we played basketball like two days later and he knocked the whole thing off and there was just blood dripping down my hand," Malone said.

"It kind of looks like my tattoo got dropped in lava. But I like the story anyway," he continued.

Malone also performed his new song "Sunflower," which will appear in the upcoming Spider-Man animated film, Spider-Man: Into the Spider-Verse.

Movies // 4 hours ago
Sundance movie review: 'You Won't Be Alone' will make you wish you were
LOS ANGELES, Jan. 24 (UPI) -- "You Won't Be Alone" is a Macedonian arthouse horror movie, so it was bound to be divisive anyway. If it doesn't work for you, boy is it a chore.

Movies // 5 hours ago
Sundance movie review: 'Cha Cha Real Smooth' is the best of the fest so far
LOS ANGELES, Jan. 24 (UPI) -- Writer/director/star Cooper Raiff's "Cha Cha Real Smooth" harkens back to the indie comedies that thrived at Sundance in the '90s, and establishes Raiff as a major talent. 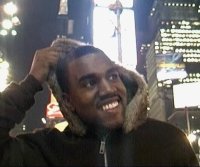 TV // 17 hours ago
Kristen Wiig, Willem Dafoe interrupt Will Forte's first 'SNL' guest host monologue
Jan. 23 (UPI) -- Will Forte joked that "Saturday Night Live" was just saving the best for last by waiting to invite him to guest host for the first time, 12 years after he left as a cast member.
Advertisement